Most believe that any postponement would be damaging for country

The majority of Australians (57%) believe that Tennis Australia are right to press ahead with the Australian Open as planned, albeit with measures to mitigate potential health impacts on players and spectators. 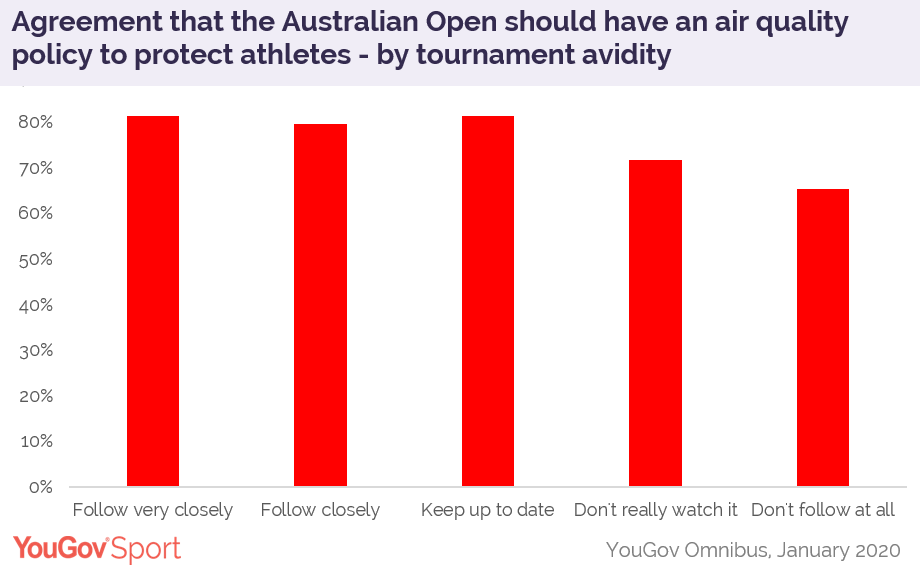 The most popular measure to protect the athletes and fans is the introduction of an air quality policy, similar to the Australian Open extreme heat policy (see above). Three-quarters (75%) of the Australian general public support the move (a figure which rises to 81% among those who follow the Australian Open very closely).

In the longer term, the Australian public is open to a range of measures, should bushfires become a regular problem. Besides the air quality policy, another popular option is the potential to move the tournament to later date in the year (36%).

Australians consider the economic impact of a loss in tourism, broadcast and advertising revenue as the most serious consequence of any postponement or cancellation of the Australian Open. 69% percent of Australian’s agreed that this would be the case, while almost half (46%) believe that cancellation would have an impact on Australia’s reputation as a desirable tourist destination. 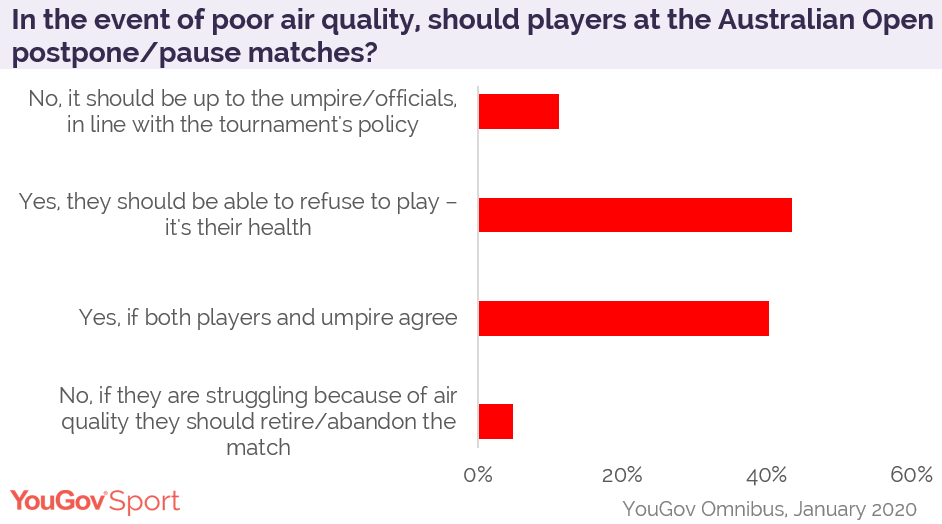