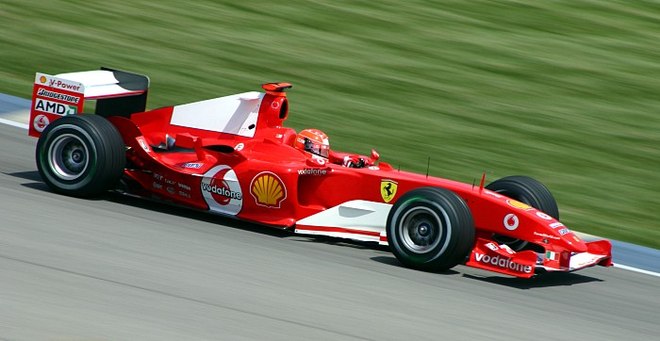 Rumours have recently called into question Formula 1’s future in some of its signature races in the Asia Pacific. Last month it was reported that the 2018 Malaysian Grand Prix would be the last in Malaysia. News coverage also suggested F1 owner Bernie Ecclestone was keen to end the race in Singapore too. Though this has subsequently been denied, speculation still surrounds Singapore F1’s fate.

To lose one, and possibly two, of the regional Grand Prixs would have a major impact on the sport’s presence in the Asia Pacific. However, new research by YouGov, one of the world’s leading research firms, finds that F1’s popularity remains strong across the region.

True to gender stereotypes, F1 piques the interest of more men than women; 61% of men are interested in the sport compared to 44% of women. As a result, more men than women have actually watched a race either on TV on in person (80% and 64%, respectively).

People would most like to see new F1 races take place in Hong Kong, Bangkok, Sydney

While just 15% of people who have watched an F1 race have done so in person, 71% of respondents would be interested in doing so. One of the biggest barriers to increased attendance among APAC residents is that there is no race close enough to them. Distance is cited by respondents in China, Hong Kong, Thailand and Vietnam as the number one reason why they have not attended a F1 race before (cited by 57% of those in China, 44% of those in Hong Kong, 49% of those in Thailand, and 69% of those in Vietnam).

For those that live closer to where F1 races already take place, cost is the bigger barrier and is cited as the most important factor in Australia, Malaysia, Indonesia and Singapore by 42%, 62%, 50% and 75% of those polled, respectively.

It’s hoped that any regional Grand Prixs lost would be replaced, though no new host cities have been announced. To inspire Bernie Ecclestone’s thinking, YouGov asked respondents where they would most like to see new F1 races to take place in Asia Pacific. The three most popular destinations cited are Hong Kong (cited by 34% of those polled), Bangkok (cited by 28% of those polled), and Sydney (cited by 23%).

Aside from allowing fans to get closer to the sport, hosting Grand Prixs is also highly prized among respondents, who believe that the positives for the host country far outweigh the negatives. The most widely-perceived benefits of hosting a race are boosts to tourism (listed as a positive by 86%), entertainment (seen as a positive by 79%), overall economy (seen as a positive by 74%), and international standing (73%). 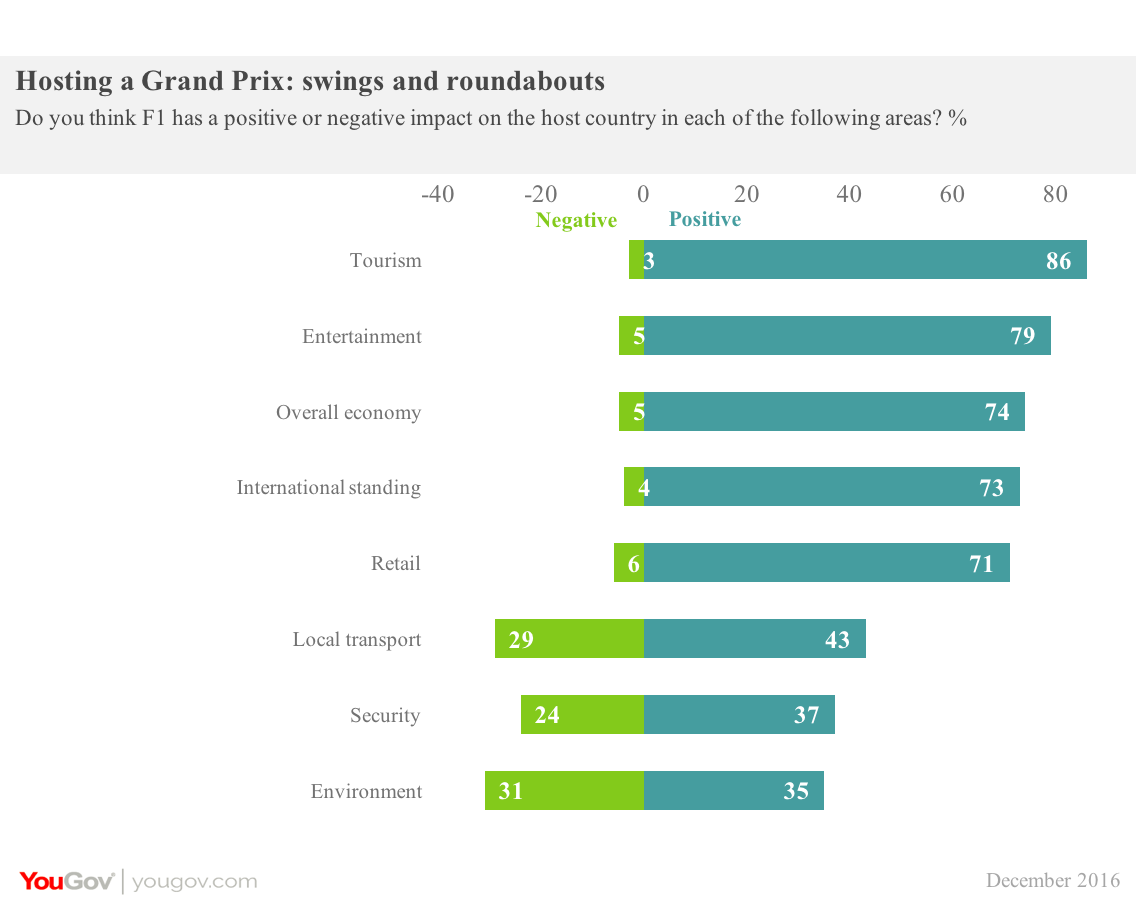 But the picture is more nuanced in Singapore, where questions over the Singapore Grand Prix’s future loom large. Though almost 70% of Singaporeans think F1 has been a positive thing for the country, only 57% would like to see it return.

While in Malaysia where F1 won’t be returning after 2018, almost half of the respondents (46%) say they disagree with this decision.

But F1 has long been more than just a sport. Fast cars, big money, beautiful women; being at the centre of F1 is an enviable position to be in. By extension, F1 sponsors represent some of the most coveted global brands.

It therefore comes as no surprise that the brand most closely associated with the sport is luxury car brand Ferrari, recognised by 56% of respondents. Other brands strongly associated with F1 are Red Bull, Shell and Mercedes, listed by 43%, 39% and 39% of people polled, respectively.

F1 advertising is no stranger to controversy. Tobacco advertising was rife in F1 and longstanding relationships between cigarette manufacturers and the sport go back far into F1’s history. Yet following public pressure and changing attitudes towards smoking F1 severed its relationship with tobacco brands some years ago. The debate now rages on about whether advertising alcohol is appropriate.

Across the Asia Pacific, 42% of those polled believe alcohol advertising in F1 is appropriate, compared with 37% who don’t. The exceptions are Malaysia and Indonesia, which are the only two countries with more respondents believe alcohol advertising in F1 is inappropriate - with 54% of Malaysians and 48% of Indonesians polled believing it to be inappropriate, against 30% and 31% who think it is appropriate in respective countries.