The topic of systemic racism has returned to the forefront of public discussion for most of the Western world, even in the midst of a global pandemic. As contemporary Australia is the product of multiple waves of immigration as well as a native people, this sample included a significant proportion of Australians or are Aboriginal and Torres Strait Islander, or from other ethnic and religious minorities.

To understand what types of behaviours different people feel are and are not racist, the international research and data analytics group YouGov conducted a study amongst a nationally representative sample of Australians[1]. 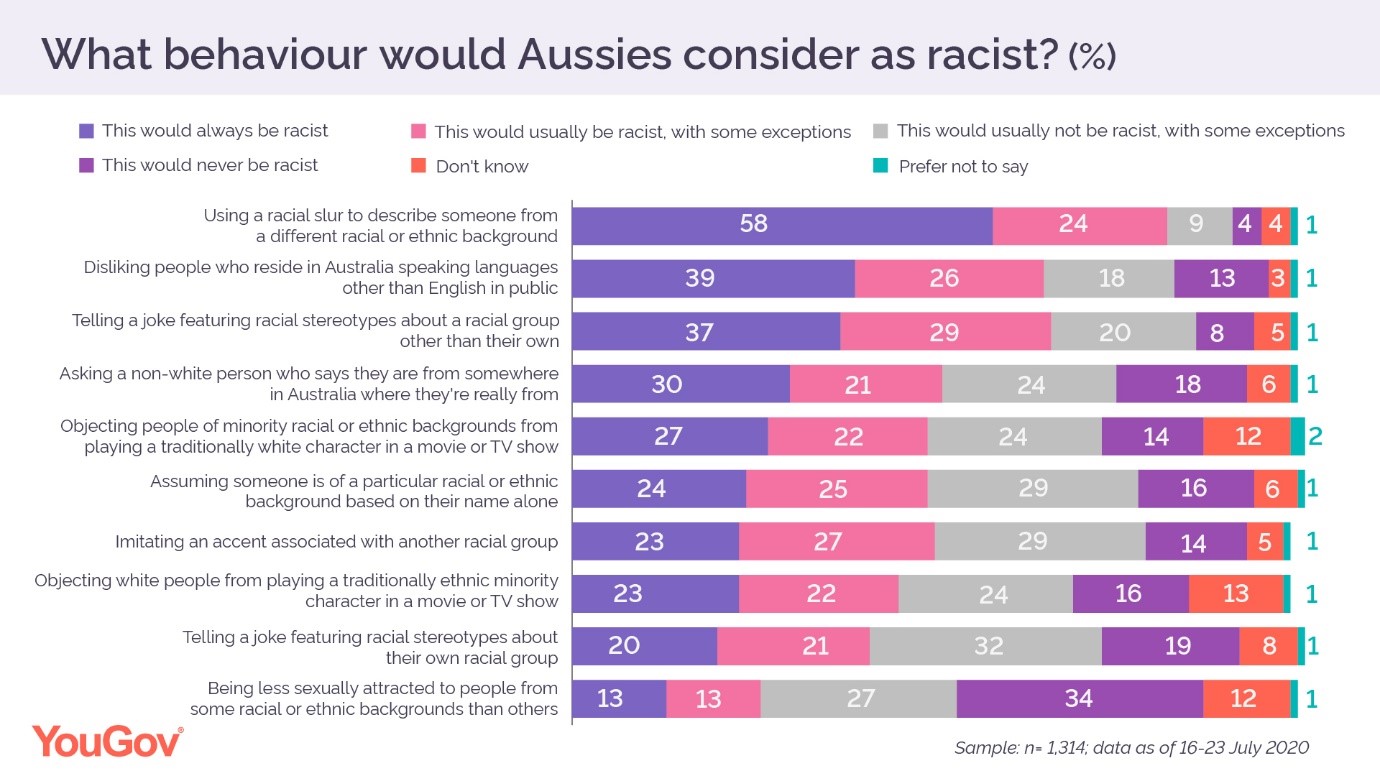 Most people agree that direct racial slurs are a key sign of someone exhibiting racism - a clear majority of Australians (83%) believe that using a racial slur to describe someone from a different racial or ethnic background would always or usually be considered racist, however just under 1 in 10 (9%) think this would usually not be racist, with some exceptions, while 4% think this would never be racist.

The behaviour which Australians seem most relaxed about include being less sexually attracted to people from some racial or ethnic backgrounds than others (i.e. sexual racism) - 26% believe this to be always or usually racist. In contrast, a third (33%) of Australians with an ethnic or religious minority background consider this to be racist.

Laura Robbie, General Manager of YouGov in Australia, comments, “The research indicates that whilst most Aussies are clear on what behaviours constitute racism, there are also some behaviours that are considered racist that they may not be aware of. As the conversations sparked by the BLM protests in Australia continue, so do we continue to listen, research and learn.”

[1] YouGov interviewed a nationally representative sample of 1,314 Australians between 16-23 July 2020. This included a significant sample of Aboriginal & Torres Strait people as well as individuals from other ethnic or religious minority backgrounds, comprised of people who speak a language other than English or belong to a religious minority.