More Australians have voted yes in the same sex marriage postal vote than no, according to the two-party preferred YouGov-Fifty Acres poll.

The poll also found most Australians support stricter gun laws and a clean energy target. It comes as the Coalition today unveils a new energy policy and the United States was rocked by a deadly shooting in Las Vegas. 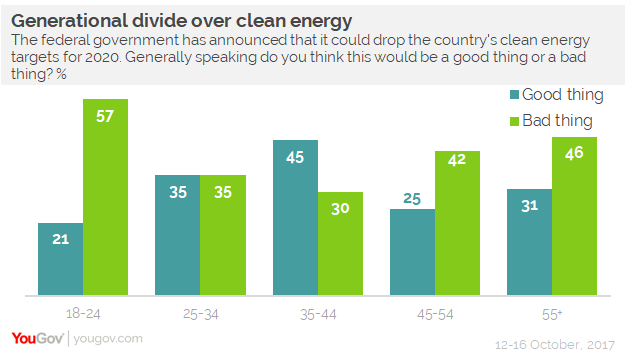 The two-party preference is steady, with the Coalition leading 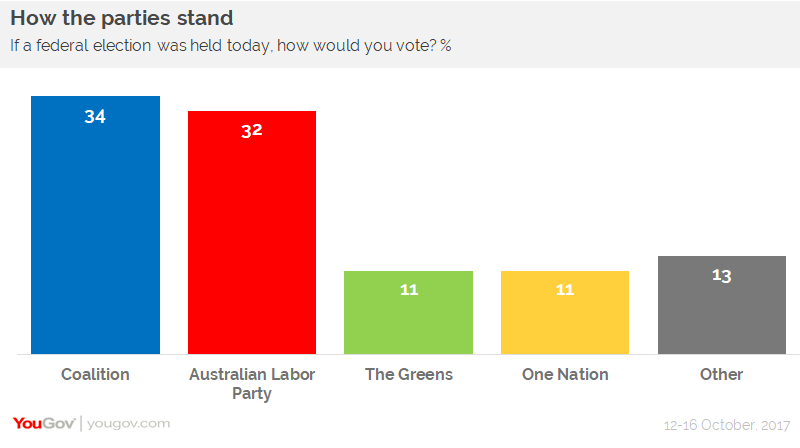 All figures, unless otherwise stated, are from YouGov. Total sample size was 1067 adults aged 18+ years. Fieldwork was undertaken between 12 October - 16 October 2017. The figures have been weighted and are representative of all Australian adults (aged 18+). The survey was carried out online.