Yes campaign adverts have been seen by more voters than no campaign adverts, according to the two-party preferred YouGov-Fifty Acres poll. It comes with one month still to run until the same-sex postal survey closes. 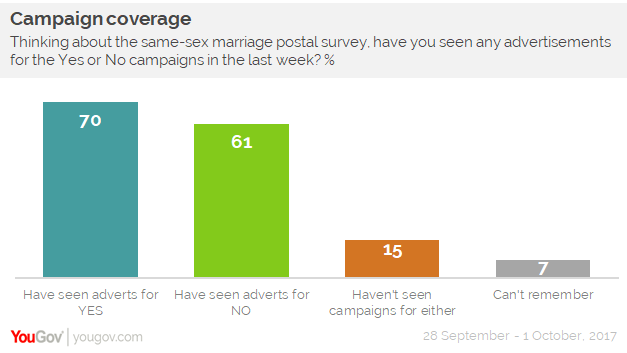 The two-party preference has shifted slightly, with the Coalition leading. 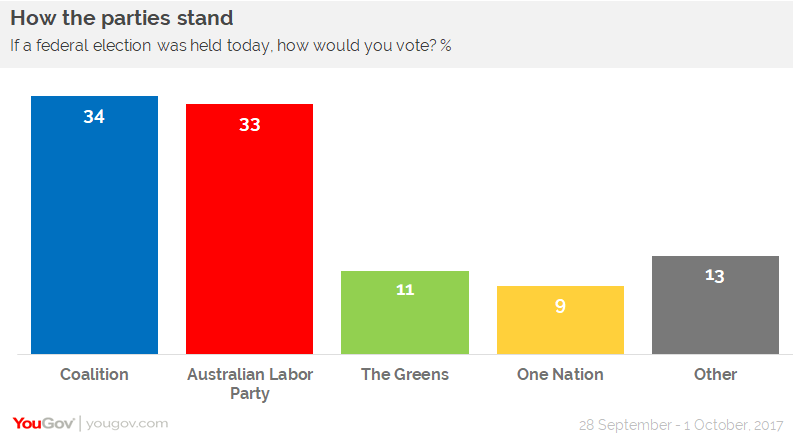 Meanwhile, Australians across the board - including Coalition voters - generally think former Prime Minister Tony Abbott should quieten down and stop being so critical of Prime Minister Malcolm Turnbull.

The poll also shows Australians are still keen for a Royal Commission on banks.

Just one in five (19%) think there shouldn’t be a Royal Commission.

All figures, unless otherwise stated, are from YouGov. Total sample size was 1054 adults aged 18+ years. Fieldwork was undertaken between 28th September - 1st October 2017. The figures have been weighted and are representative of all Australian adults (aged 18+). The survey was carried out online.

YouGov has a proven record of accuracy in both US and UK politics. In the most recent UK election they were the first polling agency to correctly call the result, showing the country was heading for a hung parliament despite most other organisations showing a large lead for the Conservatives. All polling is subject to a margin of error so it is natural to see some variations from poll to poll.