There has been a large spike in the number of Australians worried about the threat of North Korea after a missile test over Japan, according to the latest two-party preferred YouGov-Fifty Acres poll. 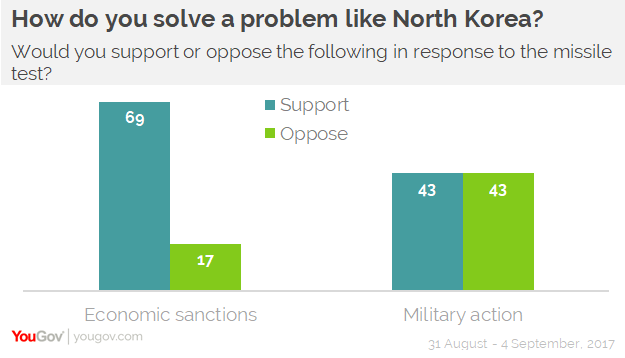 The majority of Australians also think former Prime Minister Tony Abbott should be reprimanded for missing a vote in parliament in 2009 after he drank too much the night before.

The poll also found strong support for a ban on religious garments, as well as support for celebrating Australia Day. It comes after One Nation Senator Pauline Hanson called to ban burqas, and debate over moving the date of Australia Day.

The two-party preference has returned to 50/50, with Labor moving up one and the Coalition down one. 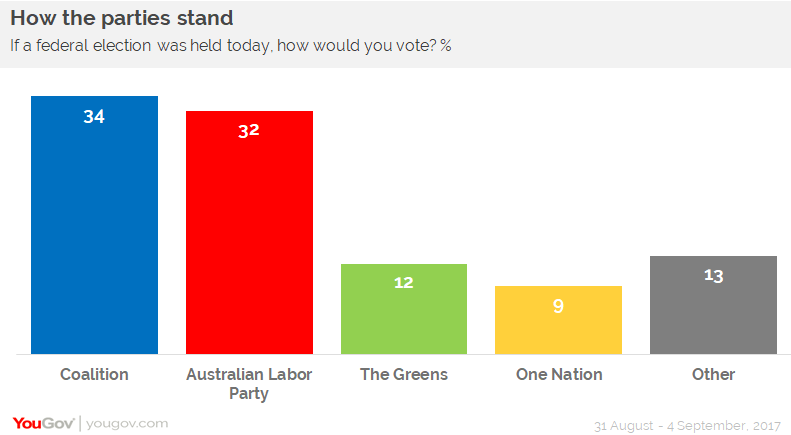 The YouGov-Fifty Acres poll takes a very different approach to ascertain how Australians think and feel. All figures, unless otherwise stated, are from YouGov. Total sample size was 1032 adults aged 18+ years. Fieldwork was undertaken between 31st August – 4th September 2017.  The figures have been weighted and are representative of all Australian adults (aged 18+). The survey was carried out online.