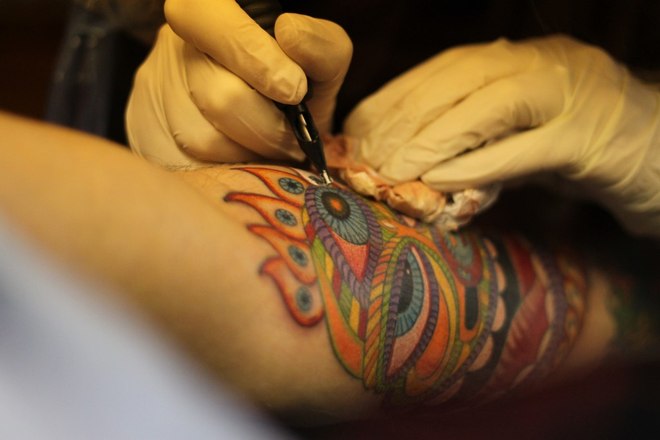 New Zealander Mark Cropp made headlines in Australia last week after he went public with fears that his facial tattoos render him unemployable. Do Aussies think the same about their tattoos?​

Once seen as a sign of deviance or criminality, tattoos have taken on a new lease of life in recent years and moved into the mainstream. But that hasn’t made their popularity universal and new research reveals that tattoos continue to divide opinion. Indeed, YouGov’s poll of 1,000 Australians suggests the decision to get inked is not just skin-deep.

Yet young people are not necessarily the most likely to have tattoos. In fact, tattoos are most prevalent among those aged between 35 and 44 in Australia, nearly a third of whom (30%) have at least one tattoo. In total just over a fifth of the population (22%) have been tattooed. Body art is slightly more popular among women; a quarter (25%) of women have them compared to 19% of men.

13% of people have considered getting their tattoos removed

There is a similar divide between urban and rural dwellers; those in urban areas are far more likely (11%) to believe that having a tattoo damages career prospects than those in regional areas (4%).

Yet Aussies don’t seem to regret their choices. Despite the boon of tattoo removal specialists, just 13% of respondents have considered getting their tattoo(s) removed. All in all, nearly three-quarters of those with tattoos (74%) are pleased to have them.

Arms are the most popular place to have tattooed

But tastes differ between genders over the most popular body parts to get inked. Twice as many women (41%) have tattoos on their back compared with men (20%), whereas men are far more likely to opt for tattoos on their arm. 70% of men with tattoos have at least one on their arm(s); significantly more than the 41% of women who do. 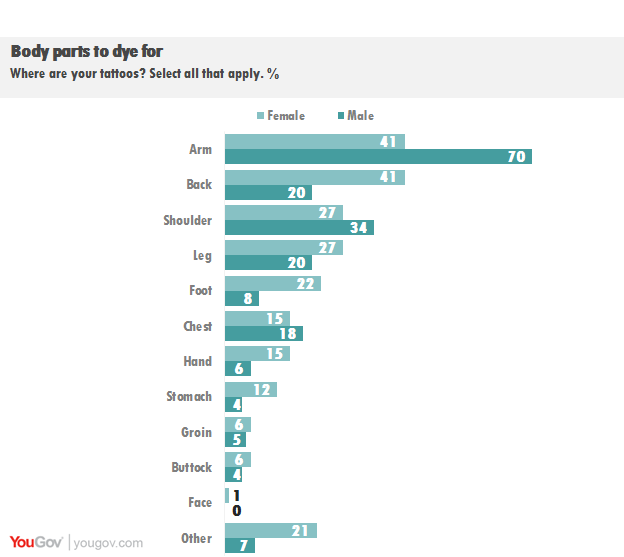