Australia Day has been a national holiday for over a century and this year is no exception. But while the date remains the same and celebrations look set to be as lively as ever, attitudes are changing. YouGov, as one of the world’s leading research firms, polled 1,000 Australians in both 2016 and 2017 to find out how.

Australia Day began as a means of remembering Australia’s British history and heritage; 33% still celebrate Australia Day for this reason. But history seems to be giving way to new interpretations of Australia Day. Nearly two-thirds of people (63%) believe that it is now a day to take pride in Australia’s culture, achievements, values and identity and nearly a third (30%) would like Australia Day to focus less on history and tradition and more on the present and future.

The most cited reasons for not celebrating are that it’s just another normal day (45%), it represents loss and injustice towards Indigenous Australians (43%) and it’s lacking in real meaning (33%). 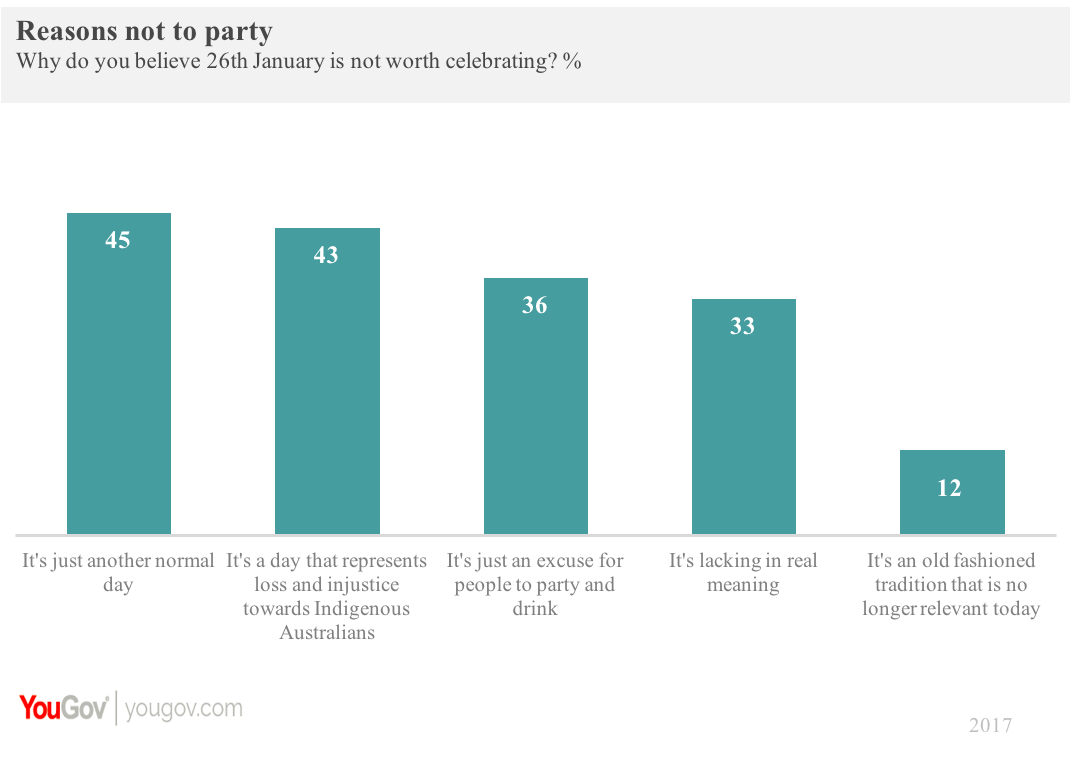 This week’s celebrations also mask a bleak political picture. The number of those that think prime minister Malcolm Turnbull is doing a better job than his predecessor has halved, from 51% in 2016 to 26% this year. The number of those that think he is doing a worse job than his predecessor has more than doubled, from 8% last year to 19% in 2017, suggesting that discontent with Australia’s political leadership has risen substantially over the past year.

The number of Australians who are pessimistic about the country’s future under Mr Turnbull’s leadership has also nearly doubled in the past year, from 19% to 35%. That half of Australians (51%) also believe that the prime minister is doing worse than he promised and just 7% believe he’s doing better further compounds Mr Turnbull’s problems.

When asked to rate the prime minister’s performance according to different policy issues the areas where Mr Turnbull has disappointed his electors become clearer. Using a scale of 1-10 where 1 means very poor and 10 means excellent Mr Turnbull scores lowest in social welfare, employment and the environment. In these areas, a third of those polled considered the prime minister’s performance to be between 1-3 (36%, 30% and 30% respectively). However, he scores more highly for security, international relations and small and medium business, suggesting that there are issues where citizens feel he is performing better. The number of those that rated his performance to be between 8-10 was 23%, 19% and 16% (respectively). 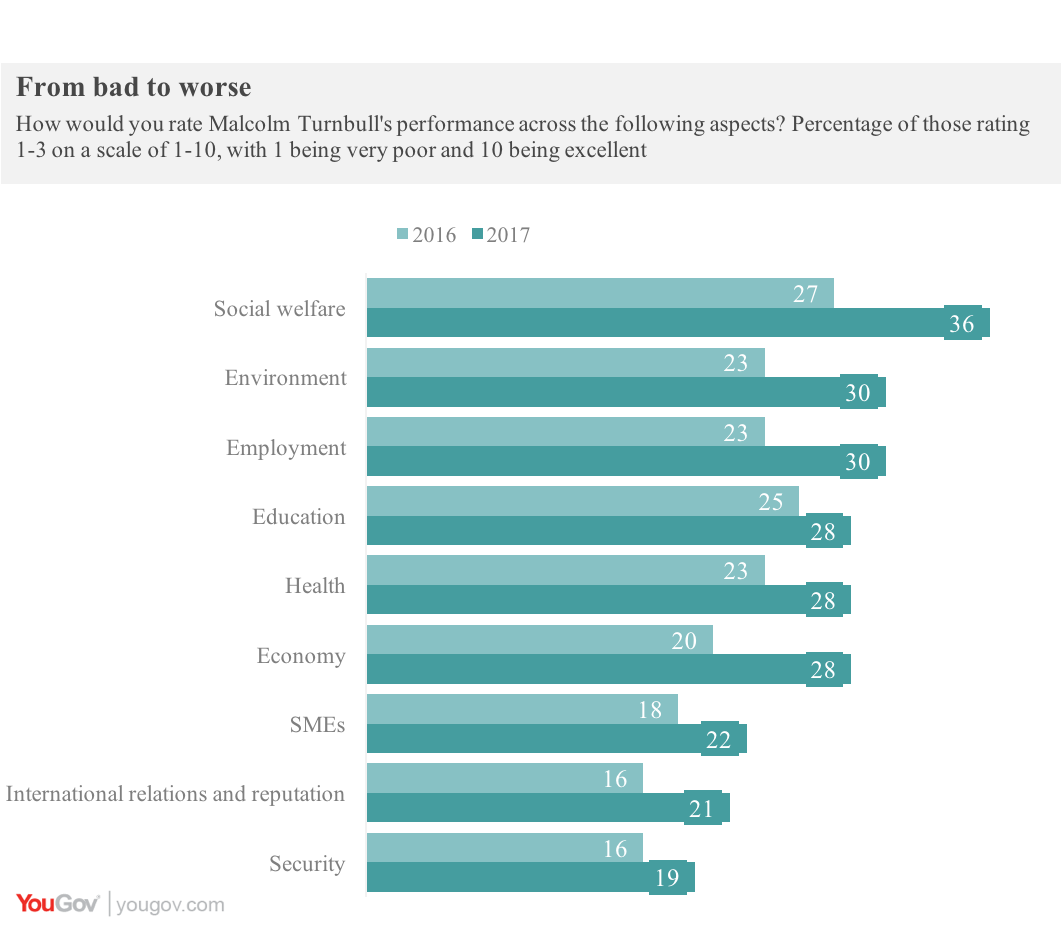 So what does the future hold for Australia? Though its political trajectory is unclear, its future as a constitutional monarchy remains more certain. Republican sentiments have dampened in the past year; 29% of those polled would like to see Australia as an independent republic, down from 37% in 2016. However, republicanism still runs strong among men and is supported by 37% of men polled (compared to 21% of women).

Data was collected from research among YouGov’s panelists and is weighted to be representative of the Australian population aged 16-64.