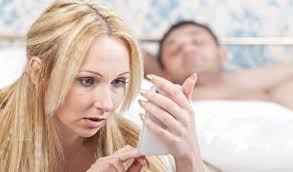 Phones play an indispensable role in our lives. Whether it is ordering a meal or finding a date, booking a taxi or buying a bag, we rely on phones as to navigate much of our daily life. Above all else, phones remain a key to our social lives.

Over the years, phones have uncoupled some of our favourite Hollywood romances. Reece Witherspoon and Ryan Phillippe, Sandra Bullock and Jesse James, Rihanna and Chris Brown are all rumoured to have broken up after finding content on their loved ones’ phones that they were not expected to see.

But how suspicious are everyday Aussies about what their partners have on their phones? And do they have anything to hide? YouGov, as one of the world’s leading market research firms, polled 1,000 Australians between 24th and 27th October 2016 to find out just how this game of mobile hide-and-seek is playing out.

Cheaters beware! Being caught out is seemingly a deal-breaker; 68% of those polled agree with the statement “once a cheater, always a cheater”. Women are particularly resistant to the idea that cheaters can change, with nearly three-quarters (74%) agreeing to the statement, compared to 62% of men. This rises to 77% for women over 45. Young men are the least suspicious about cheaters’ ability to change their spots, with only 50% agreeing that once a cheat, always a cheater.