Bill Gates and Angelina Jolie are once again the world’s most admired man and woman in YouGov’s study of which public figures the people of our planet look up to.

Tech pioneer and philanthropist Gates has topped the list every time YouGov has conducted the survey, while Jolie has also come first in each of the three surveys since 2015 when separate male and female categories were introduced.

This year, the study expanded to cover the views of people in 35 countries – the most ever – and means that YouGov interviewed more than 37,000 people to compile the list. 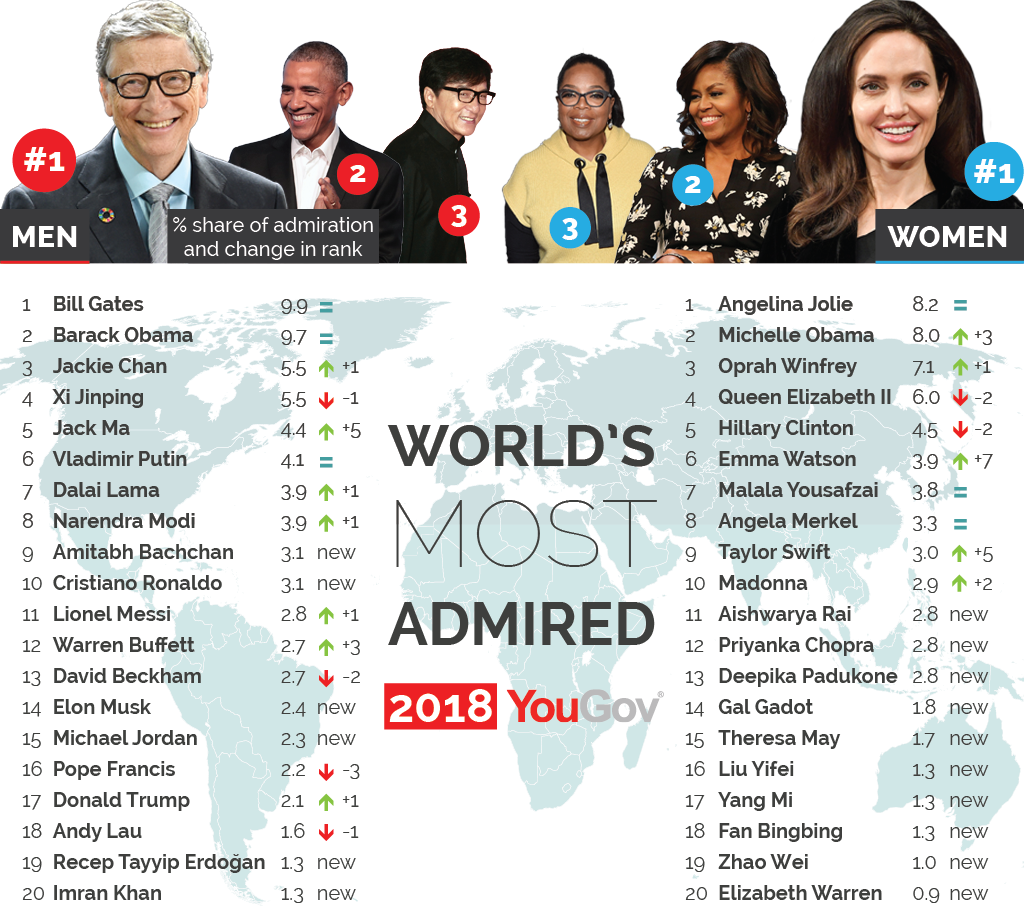 Entertainers dominate the female top twenty, with 14 of the most admired women being actresses, singers or TV presenters (although some, like Emma Watson and Angelina Jolie, are also notable for their humanitarian work). By contrast, the list of most admired men contains more people from political, business and sporting backgrounds.

Former US presidential couple Barack and Michelle Obama occupy the two second place spots, representing a three-position rise for Michelle and no change for Barack. The 44th American president is 15 places higher than the man that replaced him – with Donald Trump going up one place since the last study. In fact, the last US president ranks higher than the incumbent in all countries surveyed bar one: Russia. 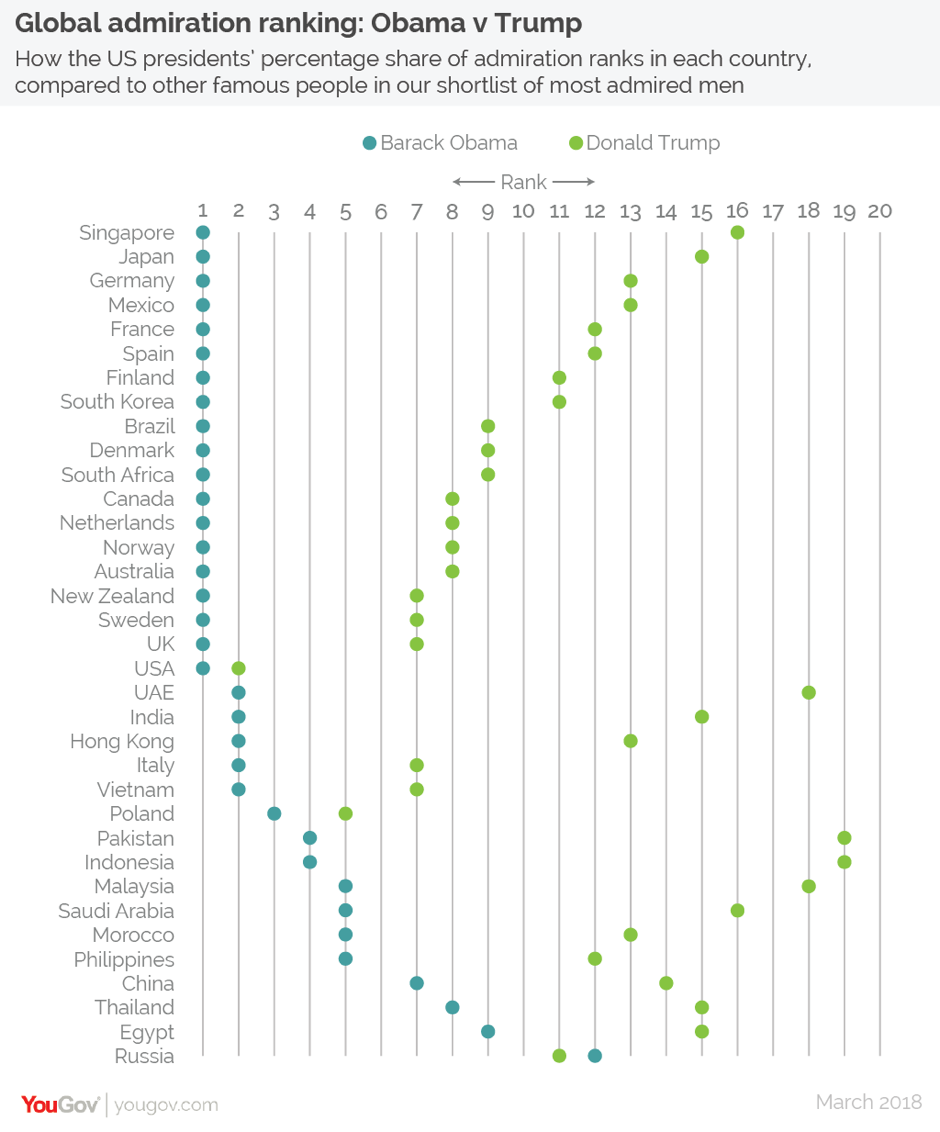 In the list of global-only figures Obama ranks first in 19 countries, compared to only 6 for Bill Gates. However, as the former president performs relatively poorly in populous countries like China (7th) and Russia (12th), Gates – who places in the top four in every country listed –scoops the top spot.

American TV host Oprah Winfrey moves up one position to be the third most admired woman in the world, leapfrogging Queen Elizabeth II and Hillary Clinton who have fallen to fourth and fifth place respectively.

Of those public figures who remain in the global top 20 from last time, Emma Watson has seen the largest rise in the rankings climbing from 13th in 2016 to sixth this year. Also experiencing noticeable boosts are American singer Taylor Swift (from 14th to ninth) and Chinese business magnate Jack Ma (from 10th to fifth).

In December YouGov gathered open-ended nominations from panellists across 35 countries, asking them simply: “Thinking about people alive in the world today, which [man or woman] do you most admire?” These nominations were then used to compile a list of the 20 men and 20 women who received the most nominations and were nominated in at least four countries. An additional 10 popular local figures were added to the lists for individual countries.

Over the beginning of the year we then used the lists to poll each of the 35 countries asking two questions: “who do you truly admire?”, where respondents could make multiple selections, and “who do you MOST admire?”, where they could only pick one. These two numbers were combined into a percentage share of admiration. By asking respondents two questions, we can understand both the breadth (i.e. global reach) and the intensity of a person's support.

Altogether, we polled in countries that constitute more than two-thirds of the world's population. However, some parts of the world were better represented than others, so we weighted up the impact certain countries had on the final scores and weighted down others so the global scores more accurately reflect the breakdown of sentiment in the world overall.

All of the surveys were conducted online, and in many of the countries the internet penetration is low to the point where the sample can only be said to be representative to the online population. The countries where the online population is lower than 60% of the total are Brazil, China, Egypt, India, Indonesia, Mexico, Morocco, Pakistan, the Philippines, South Africa, Thailand and Vietnam.