Voters are divided on whether Malcolm Turnbull should continue as Prime Minister, while Labor and the Coalition are back to neck-and-neck on the two party preferred voting intention, according to the latest YouGov-Fifty Acres poll.

Australia’s word of the year for 2017: equality

With the Australian National Dictionary centre announcing their new “word of the year” we asked what word people think correctly sums up 2017. 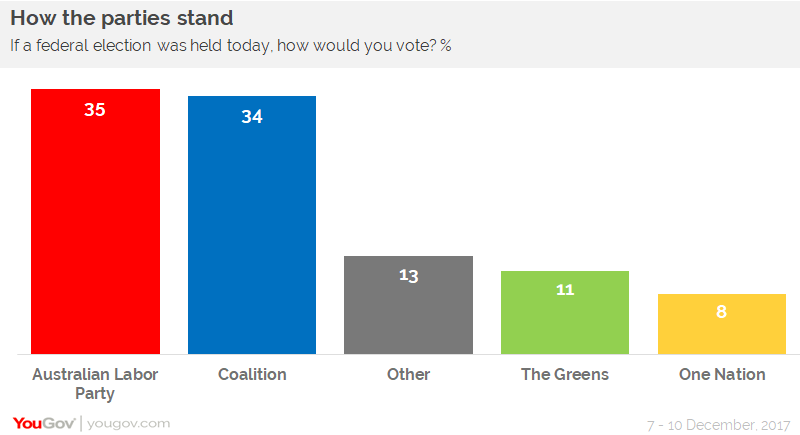 All figures, unless otherwise stated, are from YouGov.  Total sample size was 1032 adults aged 18+ years. Fieldwork was undertaken between 7th-10th December 2017.  The figures have been weighted and are representative of all Australian adults (aged 18+). The survey was carried out online.