“Fake news” is one of the buzz phrases of 2017. First coined during the US presidential election last year, the term has taken on a life of its own and is now part of common parlance for many broadcasters, commentators and consumers alike.

New research by YouGov, the world’s leading online research firm, reveals that the majority of APAC residents do believe that “fake news” is a problem. However, it also shows that what the problem is exactly is far harder to define.

TV is the most trusted source of news content

Yet consumers also accept that these sources can be responsible for spreading “fake news”. Despite reporting high levels of trust in TV, nearly half (47%) of respondents believe there is a problem with fake news on TV. A similar number report concerns over “fake news” in newspaper content (49%) and radio (41%). However, concern about “fake news” surges to more than two-thirds (68%) of respondents when it comes to digital content. 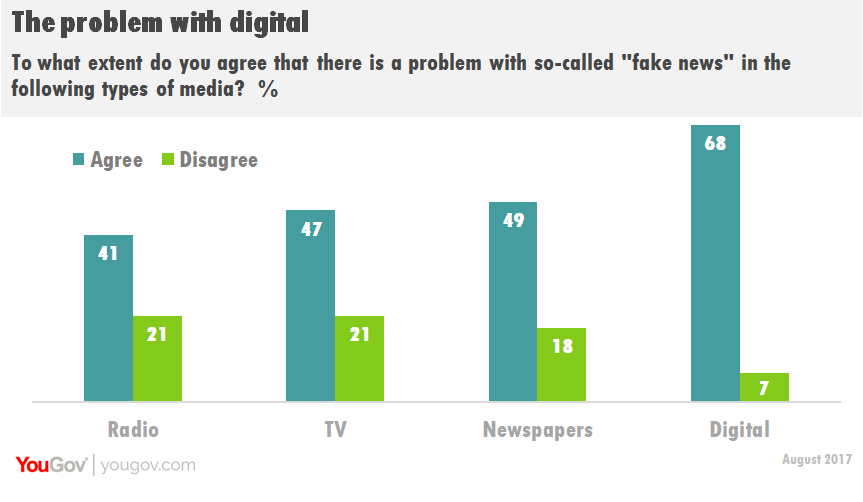 Social media is a key site for news content, with more than a third of APAC residents (37%) sharing online news content on social media at least once a day. This is even higher in Thailand (54%), Vietnam (50%), Indonesia (44%) and the Philippines (40%).

The survey also shows how brand scandals are able to influence consumer behaviour, as well as opinion. For instance, if consumers were to find out that a brand had been promoting fake or misleading content, a majority of consumers would no longer make purchases from this brand (54%), choose a different brand in future (51%) or tell family and/or friends about it (51%). Furthermore, three in ten consumers (29%) would share this information on social media and a quarter of consumers (26%) would delete the brand’s app from their phone. 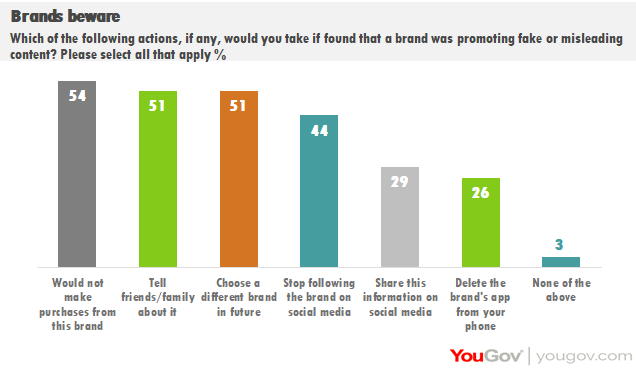