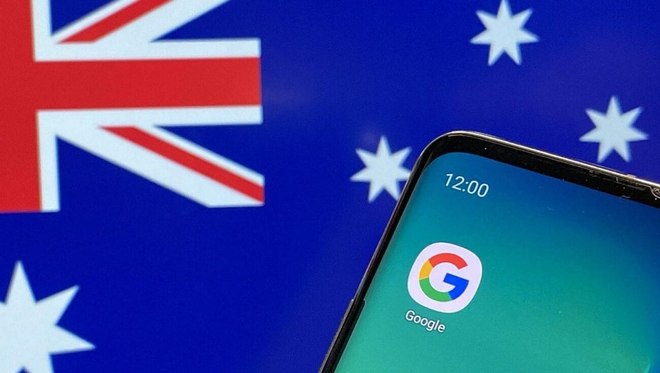 by
Kim Ho
in
Digital & technology

Tech brands that enable us to stay connected and remain entertained at home during the COVID-19 pandemic comprise much of our YouGov Australia’s Technology Rankings 2021.

The rankings are calculated using YouGov BrandIndex and ranked based on a 12-month average Impression score - a net measure of whether a consumer has a positive or negative impression of a brand.

Ubiquitous tech giant Google takes the top spot with an Impression score of +55.5. The brand comes in second in the global rankings. Japanese trails 14 points behind Google in second place (+41.5), followed by South Korean electronics manufacturer Samsung in third (+41.0). 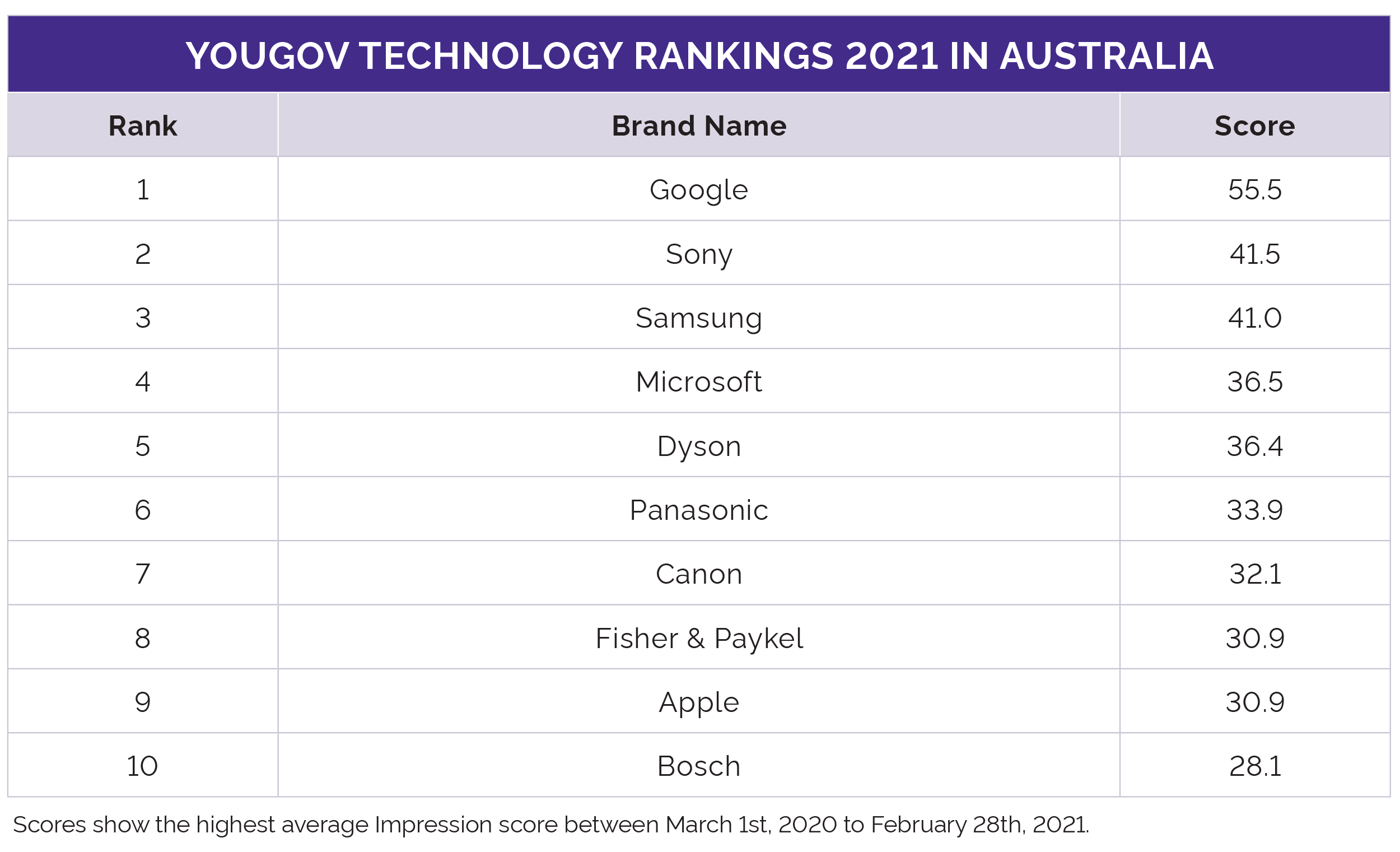 Methodology: The brands in the YouGov Technology Rankings 2021 were ranked based on the Impression score, which is a measure of whether a consumer has a positive or negative impression of a brand calculated by taking the average over a period of 12 months.

The rankings chart shows the brands with the highest average Impression score between March 1, 2020 to February 28, 2021. The scores are representative of the general population of adults 18 and over (some are online representative).

All Impression scores listed have been rounded to a single decimal place; however, we have used additional precision to assign ranks. All brands have been tracked for at least six months to be included in the rankings.

Where brands are tracked in more than one sector within one market, we have taken the average Impression score.

The categories we have included in the YouGov Technology Rankings 2021 are:

In most cases, only master brands have been included within the rankings. The exception to this rule is the inclusion of Instagram and WhatsApp where it may not be widely known by the public that Facebook is the parent company of these brands.

The categories we have excluded from the Technology Rankings are:

·       Fintech/Payments - this category will feature in the Banking & Financial Services sector rankings later this year.

·       Streaming/media platforms - this category will feature in the Media & Content sector rankings later this year.

·       Gaming consoles - whilst these are hardware manufacturers, due to the sector crossover, this category will feature as part of a more targeted campaign/content for the Gaming and Esports sector later this year.

·       Apps - no aggregator apps have been included in the technology rankings. Due to sector crossover, this category will feature in the relevant sector rankings, e.g., finance related apps within the Banking & Financial services sector rankings.

·       White goods and appliances - In most cases we have discounted the ‘Whitegoods & Appliances’ sector from the rankings apart from those who classify themselves as tech brands.

·       Ecommerce/Online marketplaces* - this category will feature in the Retail sector rankings later this year.

*Amazon has not been included in the YouGov Technology Rankings as this brand will be ranked within the YouGov Retail Rankings in line with the primary sector tracked for the master brand in BrandIndex.