by
Kim Ho
in
Media

Millennials most willing to pay for ad-free entertainment

The pandemic has left most Australians stranded at home and turning to their screens to keep them entertained. However, advertisers have seen their budgets cut or paused as sales continue to plunge.

While personal data and privacy concerns have become a growing concern, almost one in five (19%) agree that they are willing to give up their personal data for free content. Men are more willing compared to women (22% vs. 15%). Over half (55%) are willing, and the remaining quarter (24%) are undecided.

The data also shows that attitudes towards exchanging personal data for free content is generational. While over one in five (22%) Gen Z-ers are happy to give away their data, this drops to one in ten (11%) amongst Baby Boomers and less than one in ten (8%) from the Silent Generation. Millennials are the most willing, with a quarter (25%) agreeing they have no issue giving up personal data for free content. 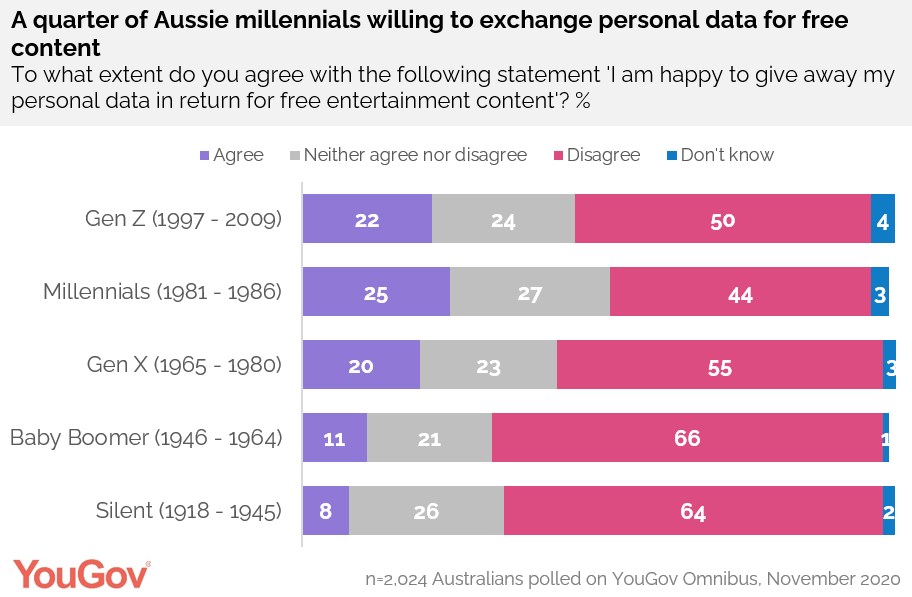 YouGov’s ‘International media consumption report 2021: Is there a new normal?’ provides a high-level analysis of consumers’ attitudes and behaviours around the international media landscape as the sector enters a pivotal time. The white paper is based on more than 18,000 interviews across 17 global markets and explores traditional media, digital media, advertising, subscriptions and the impact of COVID-19, with the overall aim of providing a sharp tool for media planners in an uncertain time.

Again, willingness for paying to be free of ads depends much on generation. Millennials are the most willing (36%) while Baby Boomers are the least willing (23%). Data also shows that Gen Z-ers and the Silent Generation are both equally willing to fork out for uninterrupted content (30%). 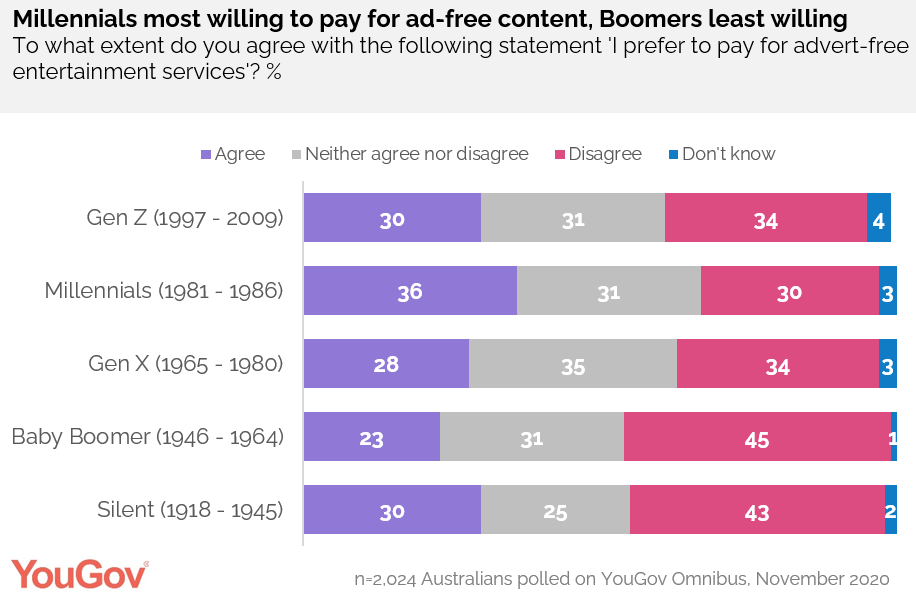 As a whole, more than half (56%) agree that it is fair to watch ads in exchange for free content. About one in five (18%) disagree and the jury is still out for a quarter (24%) of the population. 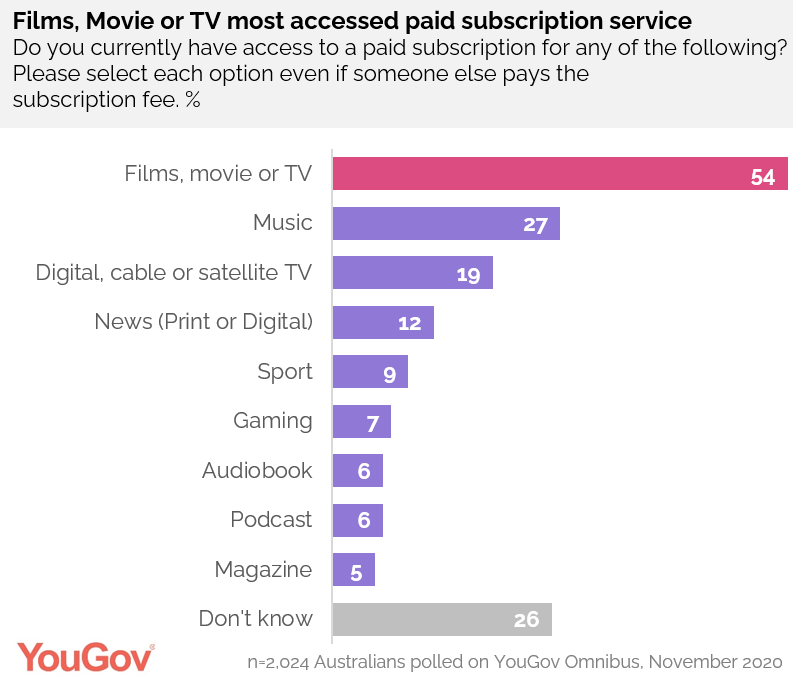 Commenting on the report, Julian Newby, Sector Head of Media at YouGov, said: “With most of the world spending the past year at home under lockdown, we looked at attitudes towards paid content amongst Australians, and found out how this differs from generation to generation. Perhaps unsurprisingly, the TikTok generation (Gen Z-ers) are happy to give away personal data for free content, while the older generation remain more hesitant. There is also a generational gap in terms of paid media channels, with Baby Boomers dominating satellite TV and millennials for films and movies. Whatever channel it is, we hope that this data will useful for those in an increasingly competitive media landscape in making better decision for ad spend in the coming year.”

***Results based on 2,024 Australians surveyed on YouGov Profiles