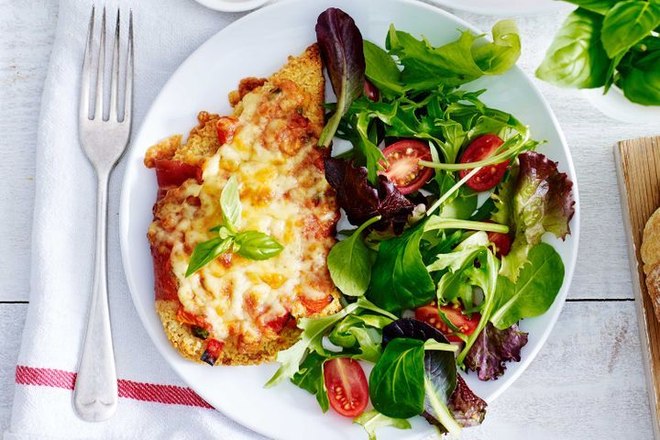 Parma, parmi or parmy? The correct answer depends on which state you’re from

What’s in a name? When it comes to Aussie foods, this varies state-to-state. YouGov looks at what Australians call their favourite local treats and the debate over deep-fried potato slices. 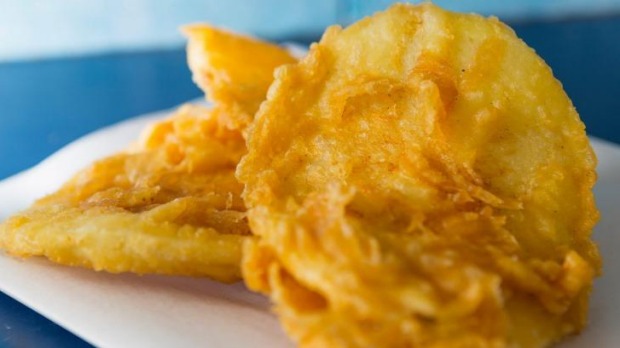 What to call slices of potato dipped in batter and then deep-fried is hotly debated between certain Aussie states. Our data finds that Australians overall most commonly refer to this delicious snack as ‘potato scallops’ (46%). This is followed by ‘potato cake’ (30%), and ‘potato fritter’ (22%) – and a small percentage (2%) refer to it by some other name. In Victoria, this is most commonly called potato cake (74%) and in South Australia, the term potato fritter is preferred (56%). However, potato scallop comes up in top in New South Wales (74%), Queensland (65%) and Western Australia (45%). 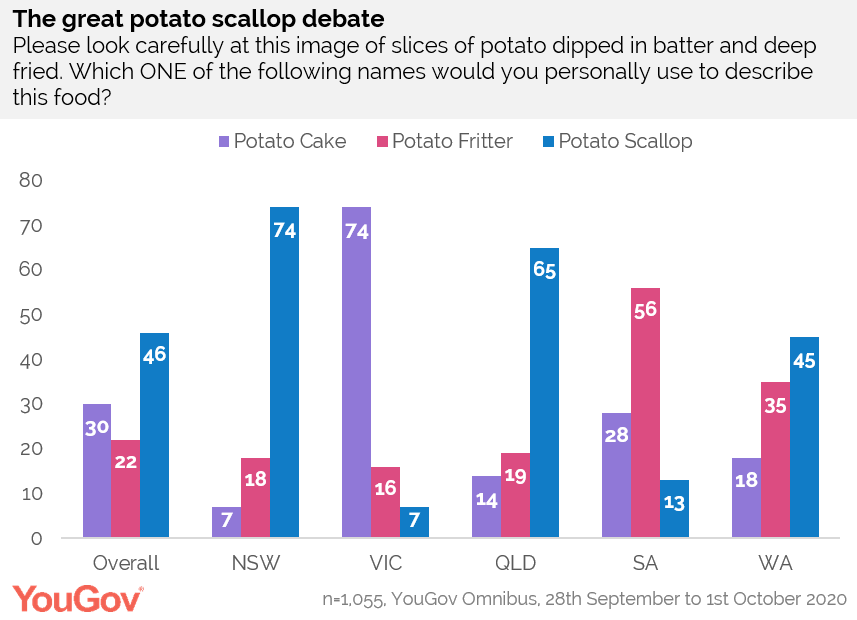 Even the name of a certain sweet melon is in contention 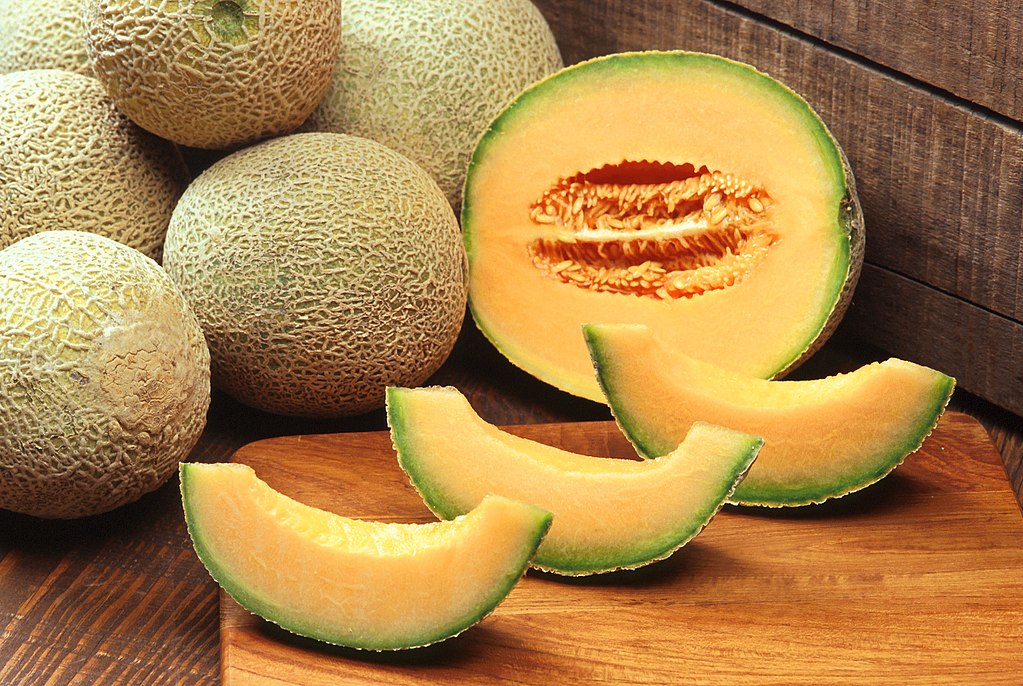 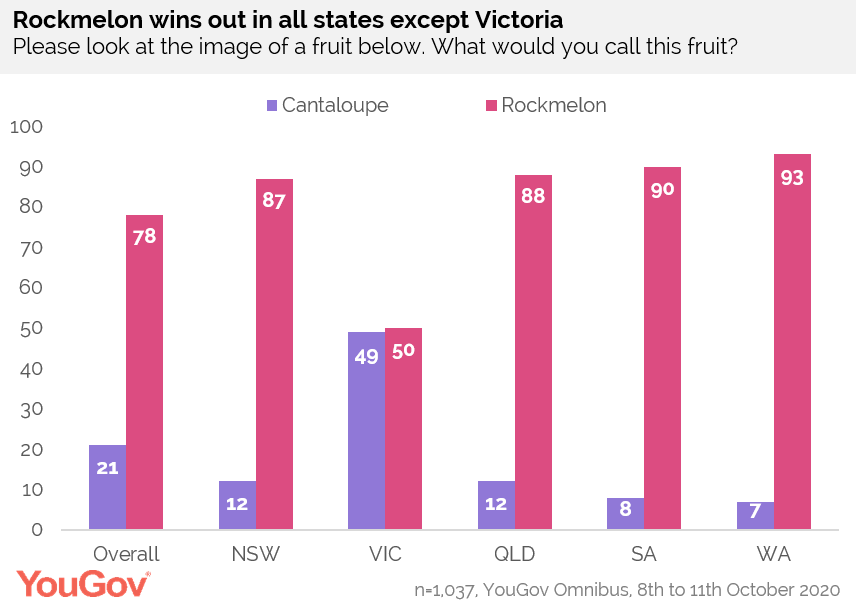 What to call chicken parmigiana is in contention depending on which state one hails from. In New South Wales is almost evenly split between parmi (34%), parma (26%) and parmy (25%). A similar trend can be seen in Queensland with parmi coming up top (38%), followed closely by parmy (28%) and parma (18%). In South Australia, this is split between parmi (45%) and parmy (37%). In Western Australia this is most commonly known as parmi (51%). Victoria is the only state where the majority are agreed on what to call this cheesy deep fried dish – seven in ten (72%) refer to it as parma. 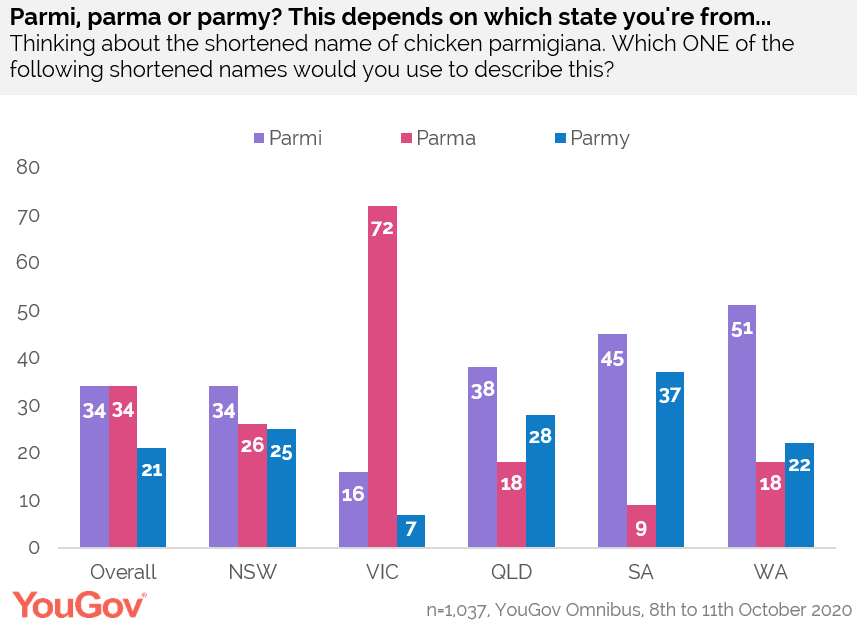 Laura Robbie, General Manager of YouGov Australia commented: “Who would’ve thought so much debate would come out of deep-fried battered potatoes, but our data has put the issue to rest with potato scallops being the most agreed upon name in the nation. Whatever you call these beloved foods, it is clear locals have their favourite nicknames.”