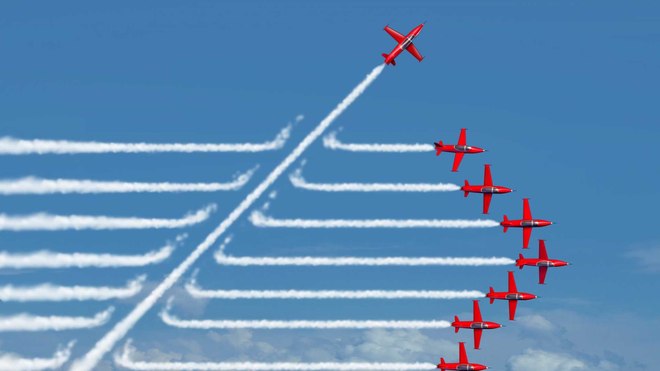 One in ten have dobbed someone in

As Australia continues to battle the spread of the COVID-19, and the state of Victoria is placed back under lockdown, latest YouGov data looks at whether Australians have been following COVID-19 guidelines – and whether they would ‘dob’ someone in for breaking the rules.

‘Dobbing in’ for the purposes of this survey means calling people out publicly, be it on social media, face-to-face or reporting it officially to the police. Almost two-thirds (64%) of Australians support ‘dobbing’ people for not following social distancing or lockdown rules. Over a third (37%) strongly support this and over a quarter (27%) slightly support this. Only a small fraction (14%) of people oppose this, and the remaining two in ten (21%) are undecided. 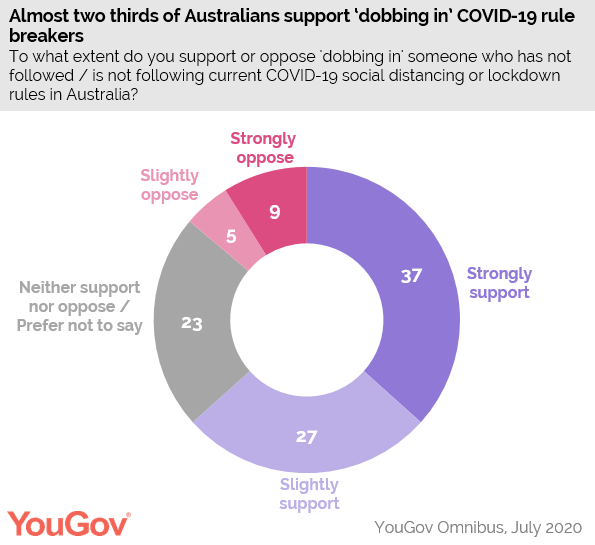 One in ten (10%) of Australians say they have dobbed someone in. Men are more likely to dob someone in than women (11% vs. 8%). Those aged 35 to 49 are the most likely to have dobbed someone in (15%) and those aged 18 to 24 are the least likely (5%). Amongst those who have reported rule-breakers, the most common reason (62%) is they were increasing the risk of infection from COVID-19, followed by saying their own personal health was at risk (60%).

As a whole, the majority (98%) of Australians appear to be actively following social distancing rules, with only a small percentage (2%) saying that are following none of them. The most common rule Australians are obeying is practising good hygiene (86%). This is followed by keeping 1.5 metres away from others wherever possible (81%), avoiding large public gatherings (77%) and avoiding physical greetings (74%). Other measures that Australians are actively following include using tap and go instead of cash where possible (68%), staying at home when one has cold or flu symptoms (63%). Under half (45%) of Australians are practising extra care when using public transport.

***Results based on 1,058 Australians surveyed on YouGov Omnibus