Latest data looks at Australia’s best and worst beers, ranking them by value and quality. 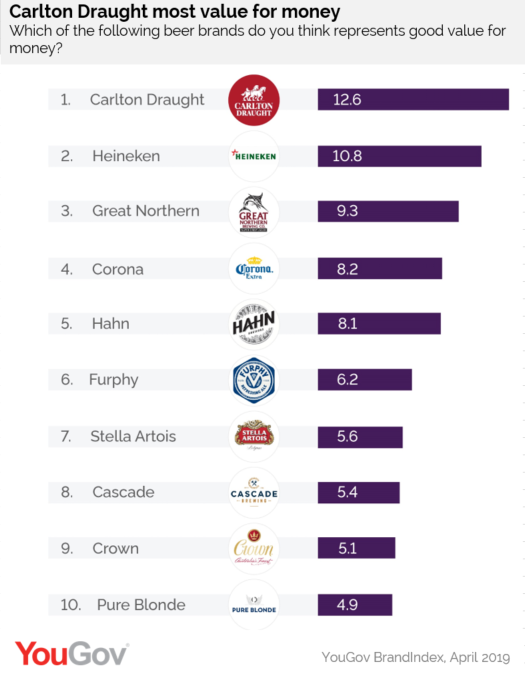 Some big-name Australian beers don’t make it into the top ten for value, with XXXX Gold coming in eighteenth (1.4), Fosters coming in nineteenth (1.3) and Victoria Bitter coming in second to last (-2.1). 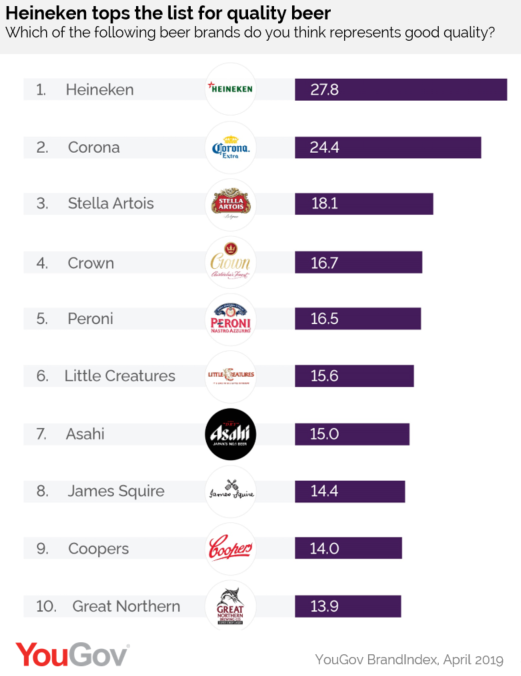 Giles Haynes, Sales Director at YouGov Galaxy commented: “The alcohol industry – and lager brands in particular – is becoming increasingly competitive. With the introduction of craft beers from microbreweries, and with beer drinkers moving away from corporate giants in favour of smaller brewers with unique flavour, even big-name beers are under pressure to keep up their appeal to target audiences while maintaining quality and value.”