Labor pulls further ahead of Coalition, while Turnbull and Shorten are tied as preferred Prime Minister, YouGov-Fifty Acres poll shows

Opinions have shifted on dual citizenship, with more people now thinking the constitution should be changed to allow dual citizens to hold federal office. 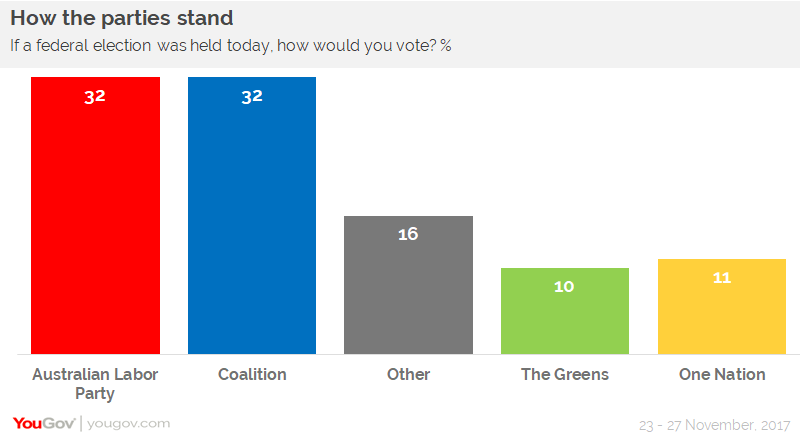 The poll also found Australians are in favour of religious protections being incorporated into same sex marriage legislation.

Lastly, after Malcolm Turnbull failed to name an AC/DC song, we asked how important it is for

politicians to be familiar with popular culture.

All figures, unless otherwise stated, are from YouGov. Total sample size was 1034 adults aged 18+ years. Fieldwork was undertaken between 23 rd - 27 th November 2017. The figures have been weighted and are representative of all Australian adults (aged 18+). The survey was carried out online.