Labor has made large gains over the Coalition in the lead up to the same sex marriage poll results, which are due this Wednesday, according to the two-party preferred YouGov-Fifty Acres poll. 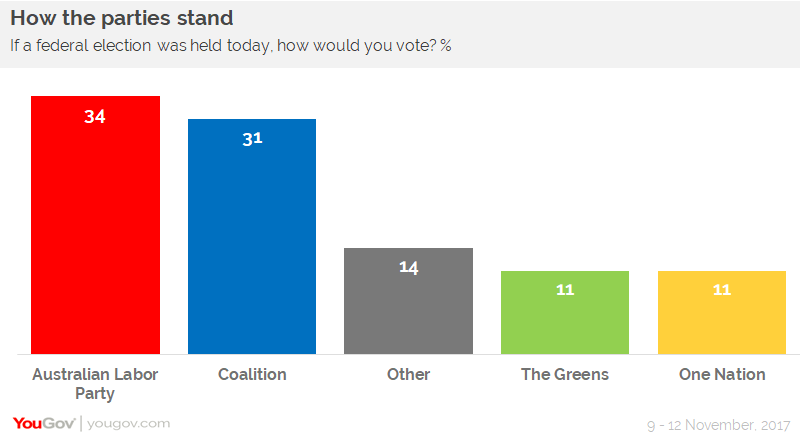 Despite the dramatic drop in support for the Coalition, the latest poll found little change in Australians’ opinions of Prime Minister Malcolm Turnbull.

Although most Australians want same sex marriage legalised straight away if there is a “Yes” result, “No” voters want MPs to vote with their conscience, signalling trouble ahead for Turnbull. 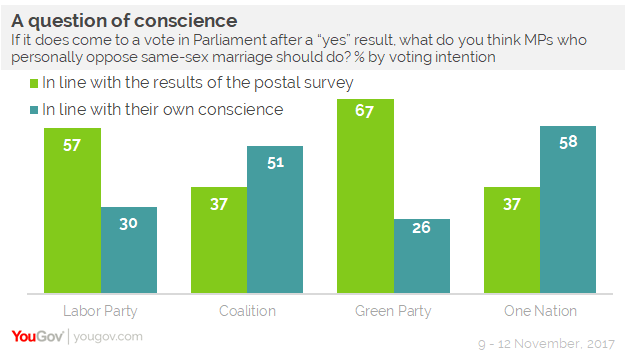 The poll also found most Australians think the government should do more to tackle tax avoidance and support a full parliamentary audit on dual citizenship.

All figures, unless otherwise stated, are from YouGov. Total sample size was 1034 adults aged 18+ years. Fieldwork was undertaken between 9 th - 12 th November 2017. The figures have been weighted and are representative of all Australian adults (aged 18+). The survey was carried out online.