Australians overwhelmingly support legislation to legalise euthanasia, while almost half of those surveyed think the National Broadband Network (NBN) is bad value, according to the two-party preferred YouGov-Fifty Acres poll.

The poll also found the majority of Australians don’t think the government is serious about reducing emissions.

The two-party preference steady, with the Coalition leading 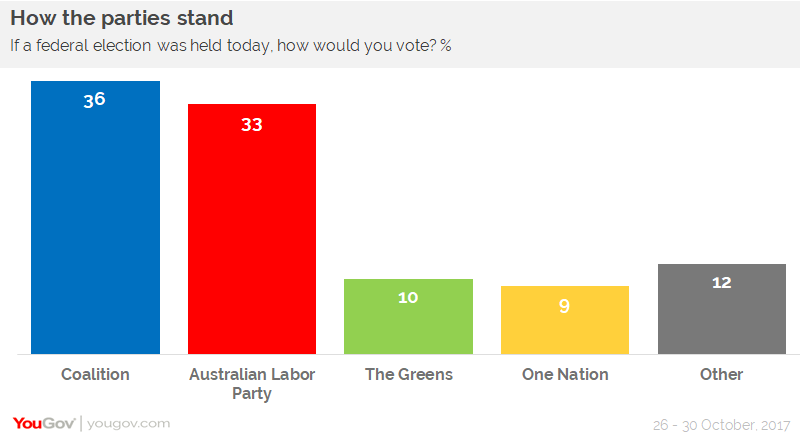 All figures, unless otherwise stated, are from YouGov. Total sample size was 1009 adults aged 18+ years. Fieldwork was undertaken between 26th October- 30th October 2017. The figures have been weighted and are representative of all Australian adults (aged 18+). The survey was carried out online.