New YouGov research reveals almost half of 18-29 year olds believe a robot could do their job at least as well as them.

Visions of a utopic society, where robots do all the work while humans enjoy all the leisure, have largely come and gone. Developments in genetics, artificial intelligence and robotics mean that robots could instead destroy livelihoods across vast swathes of the population, with recent research suggesting that about 45% of the activities people are paid to do could be automated over the next few decades.

However, new data from YouGov Omnibus suggest that Aussies are cautiously optimistic about the impact of robots on society. Overall, nearly two-thirds of Australians believe that robots will make our lives easier and three-quarters agree that robots can do things humans don’t want to do.

Seven in ten would like a robot to do their cleaning

Most Aussies are happy to welcome robots into their lives, with less than one in seven saying they would not want a robot.

Out of a list of twelve possible functions, the most popular use for a robot is to help with cleaning the house, which seven in ten would want. Other popular choices include security (chosen by 55% of respondents) and gardening (selected by 43%).

Women and men appear to be in broad agreement about the use of robots for household chores such as cleaning the house, gardening and carrying things. However, they are more divided about the use of robots for more socially-oriented tasks. Nearly twice as many men would want a robot to assist with care for the elderly (27% of men do, whereas just 15% of women do). Similarly, around a quarter of men would want a robot for companionship, while less than a fifth of women would want the same. 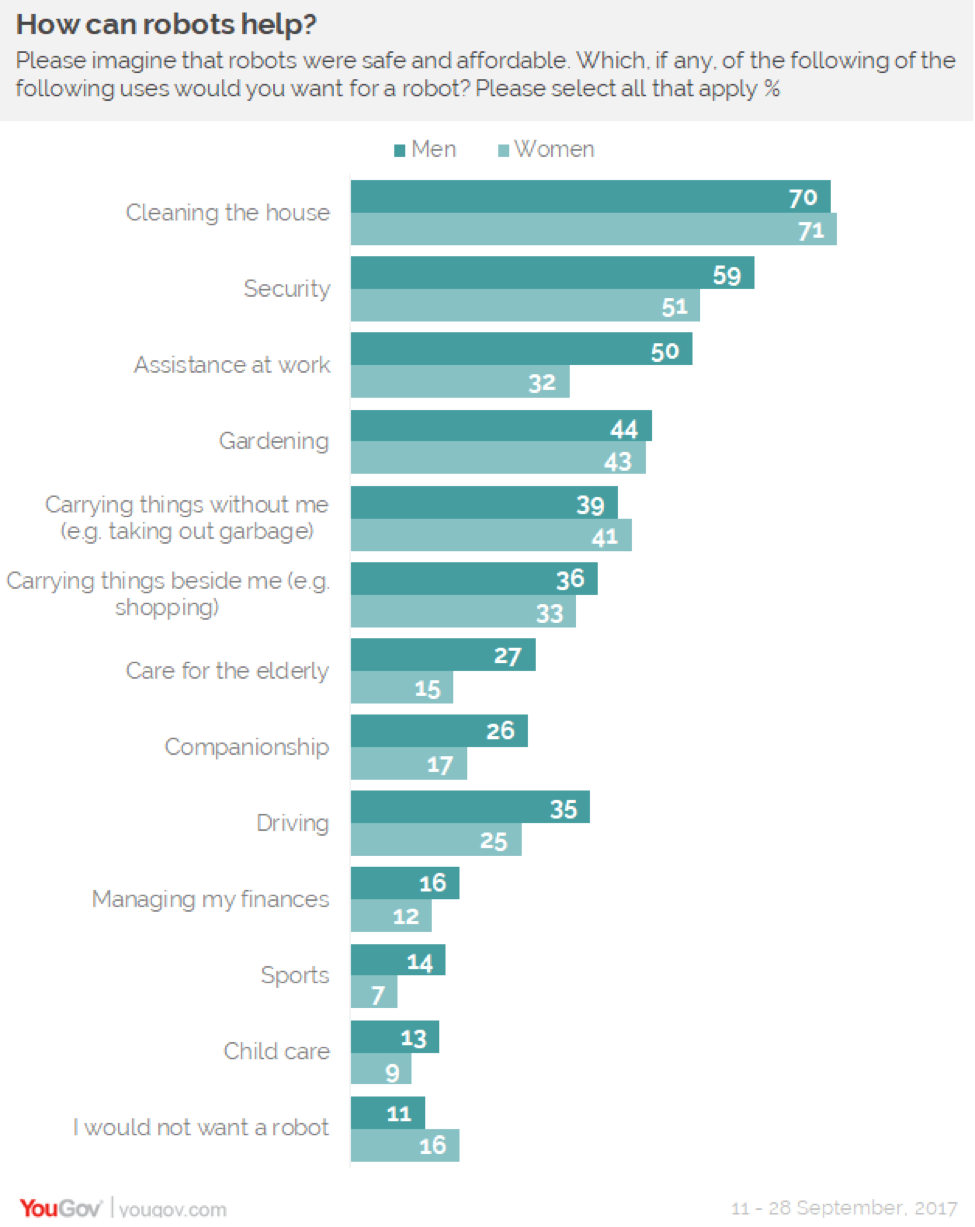 Despite being able to see the benefits that robots could bring, Aussies also recognise the threat they pose to people’s employment prospects; three-quarters of Australians agree that robots will take jobs away from many of them. However, many do not currently feel personally threatened by robots in the workplace, with only one in ten believing that a robot would be better than them at their job.

Younger generations are less certain of their place at work. While 37% of those aged 18-29 think that a robot would not be better them at their job, nearly six in ten of those over 45 do. Those under 45 are also more likely to think that a robot could do their job at least as well as them. Almost half of 18-29 year olds believe a robot could do their job either the same as or better than them. This is true for 47% of 30-44 year olds but just 21% of over 45s. 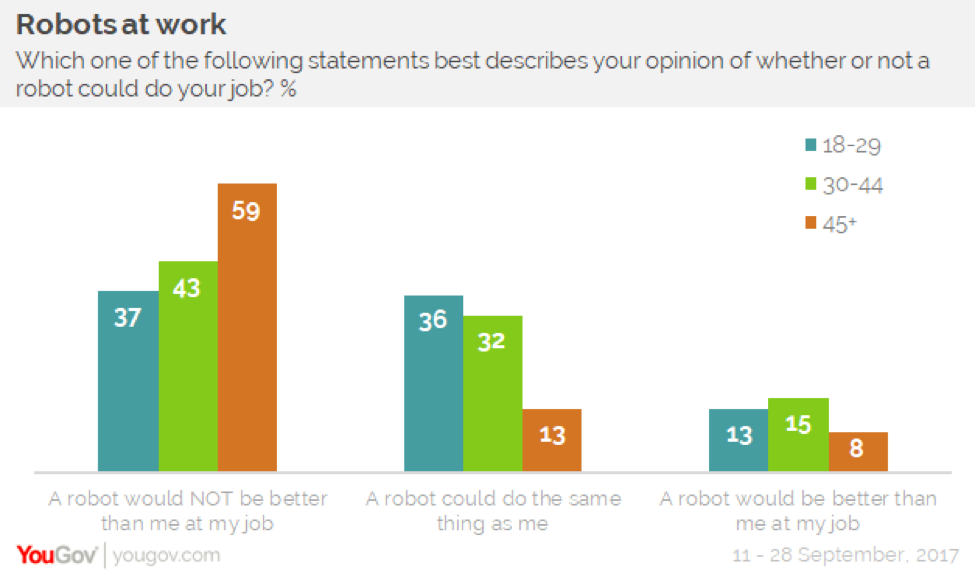 With robots set to shake up our economy there is certainly a challenge ahead. Nearly eight in ten Aussies agree that robots should be regulated carefully, suggesting that regulators will have to forge a new and difficult path that seeks to maximise the benefits of new technology without reducing citizens’ opportunities and/or income.

*Data was collected online between 11 and 28 September 2017 using YouGov’s panel of over 5 million people worldwide. It was weighted to be representative of the online population. Sample size: 1,014