Are you gentle like a Gemini or stubborn like a Scorpio? And does this make you compatible or incompatible with that lovely-looking Libra sitting next to you? More to the point, do you believe in horoscopes?

New YouGov research suggests that star signs are back in vogue, with younger generations more likely to be auspicious than their elders. Overall, just over four in ten (43%) of those surveyed within APAC take horoscopes either very or somewhat seriously but this rises to 48% for those between 16-29 and falls to 31% for those over 45.

Six in ten believe someone’s star sign can accurately predict their character and personality traits and 55% have checked to see whether their star sign is compatible with someone else’s. This rises to 62% among women and falls to 49% among men. 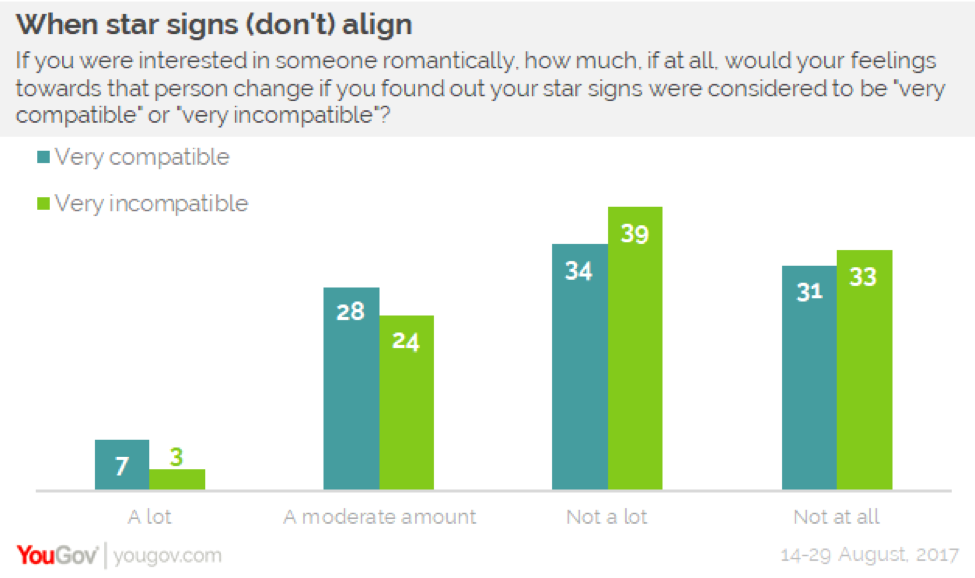 Horoscopes are also big business, with three in ten (30%) saying that they have previously bought horoscope related products. The most popular purchases are accessories, bought by half (51%) of all those who have previously purchased horoscope related products. Other popular products include gem stones that signify either star sign or birth month (bought by 46%), clothing (31%) and stationery (29%).