The TV dinner has long been denounced as a threat to family life as we know it. Fears of a creeping culture of lethargy and warnings of family communication breaking down cautioned householders against mixing mealtimes and TV culture.

But such warnings have seemingly fallen on deaf ears. New research from YouGov, the world’s leading online research firm, suggests that TV dinners are now the reality for the majority of Aussies.

A third of Aussies eat breakfast in front of the TV 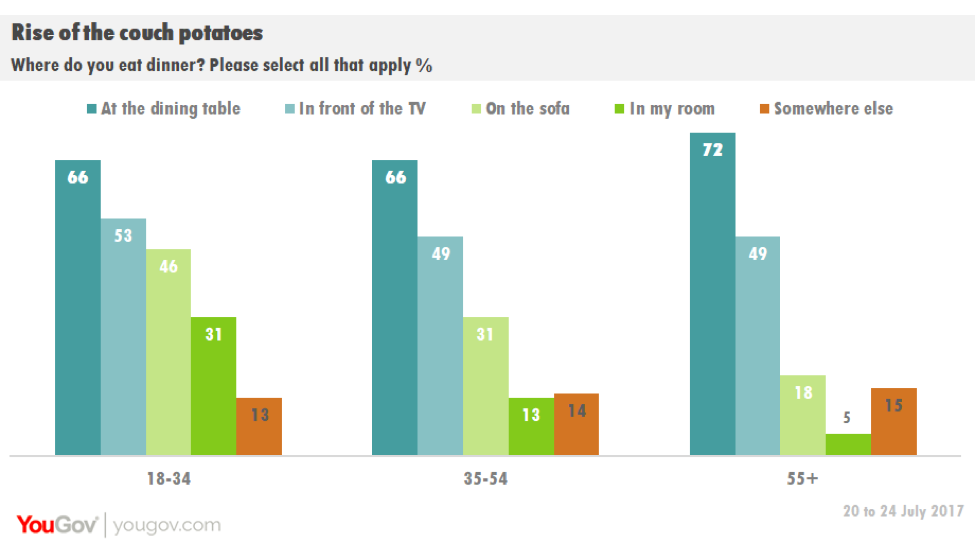 With TV dinners now so commonplace in Australia, perhaps it’s about time to re-think our attitudes to them. If nothing else, shows like Gogglebox have demonstrated just how sociable watching TV together can be. Perhaps TV dinners are helping to bring Aussie families together, rather than tearing them apart after all.

* Data was collected online between 20 to 24 July 2017 using YouGov’s panel of over 5 million people worldwide. It was weighted to be representative of the population. Sample size: 1,005