Work, work, work. All we ever seem to do is work. According to the latest research from YouGov, the world’s leading online research firm, this could be because we want to. Nearly three-quarters of netizens in APAC (71%) describe their work ethic as hardworking, with just 13% seeing themselves as lazy.

Stereotypes about millennials being lazy seem to be confirmed by their own admission; young people are four times more likely to describe their work ethic as lazy. While a fifth (19%) of 16-24 years admit to having a lazy work ethic, just 5% of those over 55 believe themselves to be lazy. 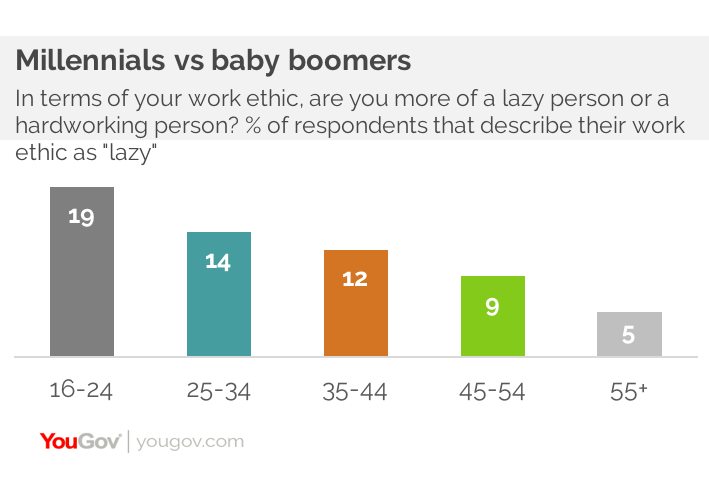 However, when it comes to physical activity the number of those who confess to being lazy soars to 31%. While Hong Kong residents are again more prone to labelling themselves as lazy (44%) than other residents in APAC, this time it is Indonesians who come out with the highest percentage to self-describe as hardworking (70%).

There also appears to be a gender divide in how men and women see their level of physical activity. Women are more likely to see themselves as lazy, with 36% of those polled seeing themselves as lazy (compared to just 27% of men).

Women are also lazier when it comes to how respondents choose to travel a distance of 1km. Asked whether respondents would rather walk or drive/take public transport to travel the distance, fewer than half of female respondents (44%) would prefer to walk. This compares with 51% of male respondents.

Responses to this question reveal that residents of Hong Kong are actually far less lazy than their regional counterparts. Despite being the most likely to self-describe as lazy across APAC, those in Hong Kong are the least likely to opt to drive/take public transport (32%). Instead, those most eager to avoid walking 1km are residents of Malaysia, Thailand and Vietnam, where 48%, 46% and 45% respectively would prefer to take public transport or drive.​ 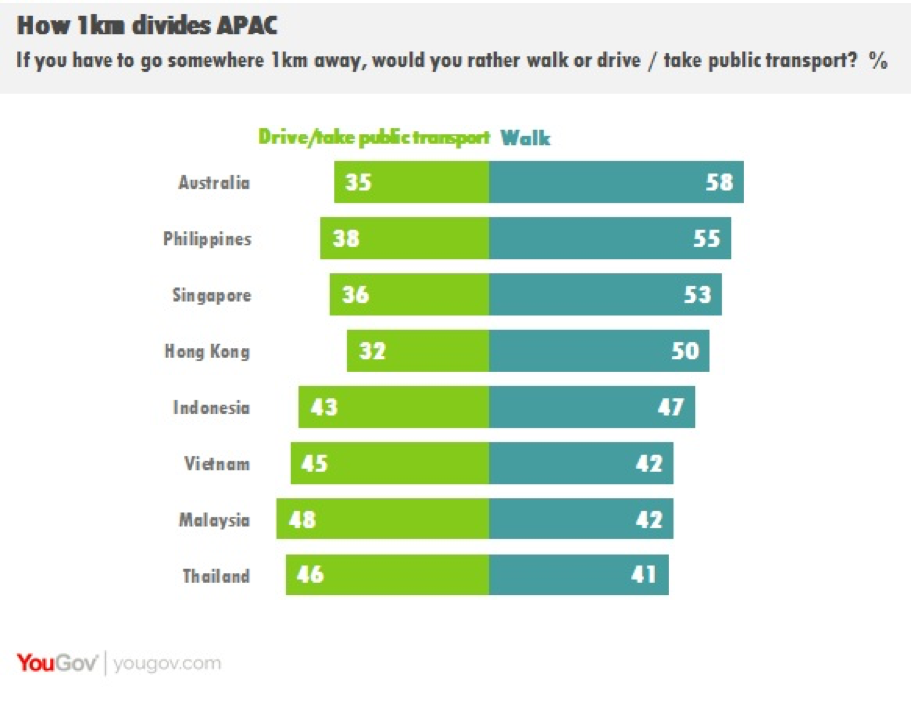 YouGov tested just how lazy netizens are by probing the point at which people would opt to take the elevator over stairs. Although 92% of respondents claim that they would opt for the stairs rather than an elevator to ascend by just one floor, nearly two-thirds of those polled (63%) confess to having taken an elevator to do so in the past.

Five floors is the cut-off point where most people would rather take the elevator stairs. More than four-fifths of the those polled (83%) would opt for the elevator at this point, nearly double the number that would take the elevator to travel three floors (46%).