Beware! Though you probably wouldn’t realise it, half of Aussies are hiding a criminal past. In fact, it’s quite possible you’re one of them. New YouGov research recently polled 1,000 people in Australia to discover how many of us have committed at least one very minor (or “micro”) crime.

The most common micro-crime committed by Australians is being given the wrong change and not pointing it out. Half of those polled (50%) admit to doing this at least once.

After this, the most commonly committed micro-crimes that people confess to are paying someone cash-in-hand despite knowing they won’t pay tax (48%) and illegally downloading TV shows, movies or music (40%). 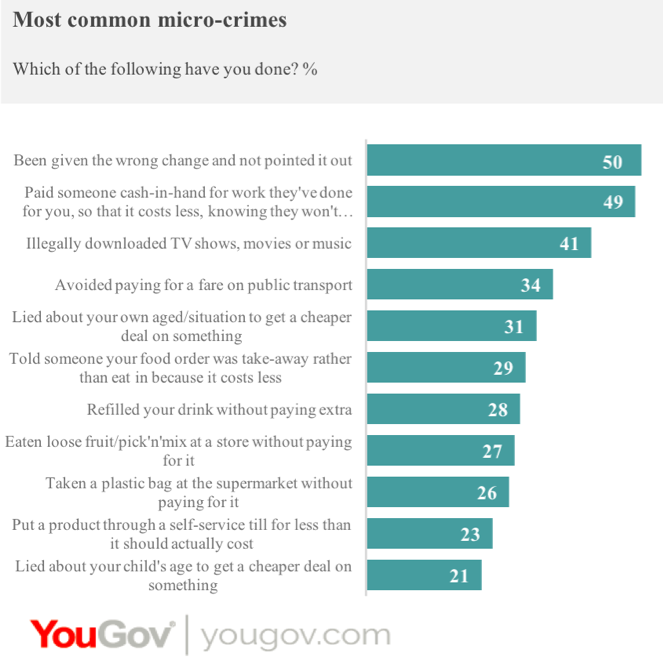 Illegally downloading content is, unsurprisingly, most prolific among young people. Two-thirds (67%) of 18-24 years have done so at least once and nearly a quarter (24%) do so regularly, whereas just 2% of those over 55 do so frequently. 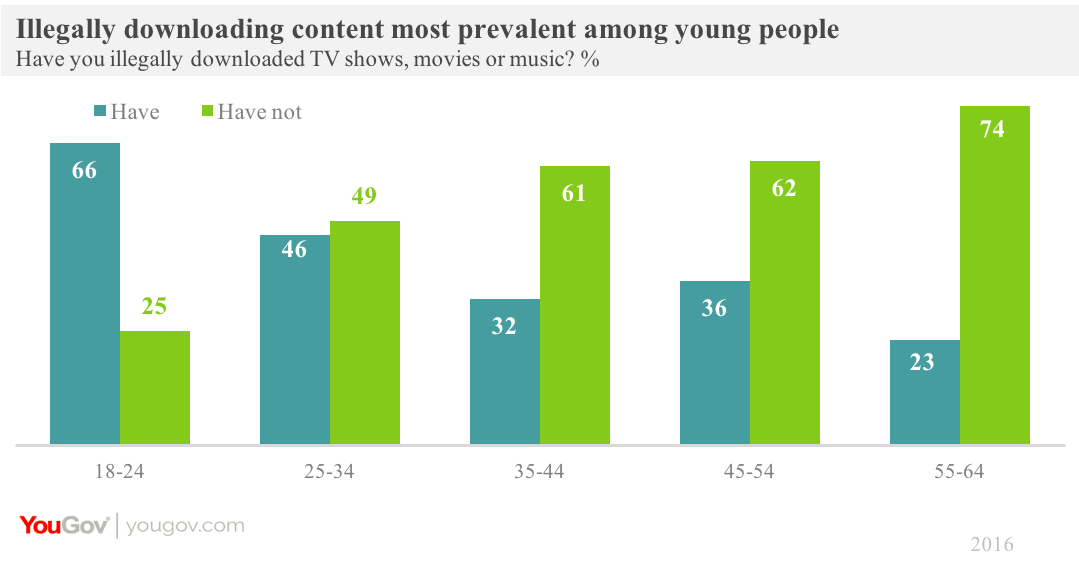 Young people are also more likely to commit a number of other micro-crimes:

However, before branding young people as micro-criminals it’s worth noting that some micro-crimes are more common among older generations. This is particularly true when it comes to paying cash-in-hand for a service in the knowledge that the provider won’t pay tax. Just 31% of 18-34 year olds admit to doing this, compared to 58% of those over 35.

Gender plays a factor in other crimes, too. For example, there are more than twice as many men (9%)  than women (4%) admit to taking plastic bags from the supermarket without paying for them on a regular basis.